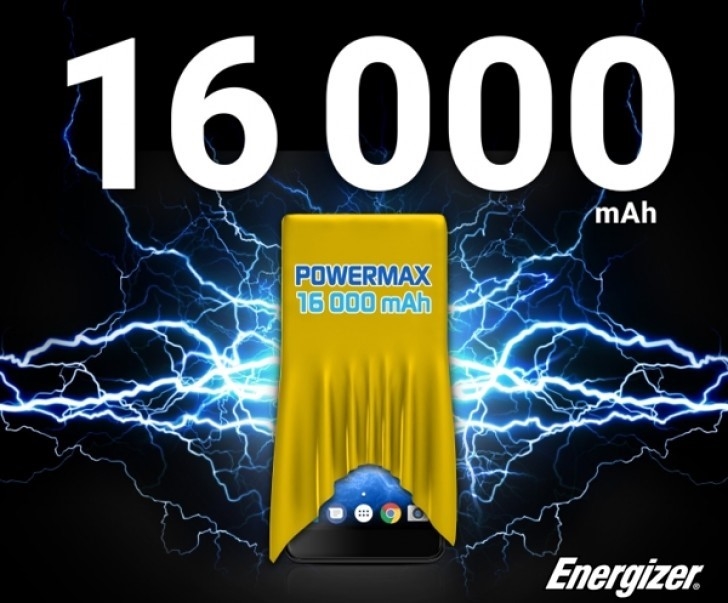 Energizer batteries have made quite a name for themselves in the industry over the years and it is expected that the Power Max P16K Pro will prioritize the battery bits. OUKITEL is another smartphone brand that incorporates massive battery capacities in its devices and though the name Power Max P16K Pro is an absurdly long one, there are terrific selling points of the phone.

The Power Max P16K Pro will come with a gargantuan 16,000mAh battery. Unfortunately, one of the biggest missed opportunities of the device is that it will not be featuring a Snapdragon 845. Well, a Snapdragon 835 perhaps? Wrong again. To keep the costs as low as possible in order to appeal to the masses, the Power Max P16K Pro will be powered by an Helio P25 SoC, plus 6GB of RAM and 128GB of internal storage.

Energizer Power Max P18K Pop Is a Smartphone With an 18000mAh Battery; It’s the Size of a Brick, but There’s No Audio Jack

Aside from the mid-ranged SoC, those are some beefy specifications. There will also be a dual-camera set up at the back. One camera would be a 13MP shooter, while the other would be a 5MP camera. The front camera or the selfie camera would be an 8MP sensor.

According to Energizer, the company claims that the device is going to be an ultra-slim phone, but that might not be so true. This is because the phone will probably be 10 millimeters thick at least, and that is thanks to the battery capacity.

The increased density of the cell also means that the smartphone is going to weight quite a lot, which might not be such an attractive smartphone after you have to carry it around for a bit in your palms.

The phone will be unveiled on February 25 so we’ll get to know more about the device the trade show.