Role-playing games should allow, by definition, complete freedom, but very few games manage to do so in a meaningful way. Most of the time, this freedom is limited to a few select choices that eventually lead to a limited number of outcomes. It's a shame that not many developers are striving towards more open experiences, as the main focus nowadays seems to be on bringing games to new levels of mechanical complexity at the cost of a real role-playing experience.

With Encased, however, Dark Crystal Games seems to be going in the exact opposite direction. While the upcoming RPG from the Russian studios will not revolutionize the genre, it will offer what seems like an unprecedented level of freedom, alongside a very unique setting that Fallout fans will instantly like.

Encased is set in an alternative 1970s where a mysterious artifact called the Dome has appeared in a remote desert. It is not clear who or what made it, but what is clear is that it contains artifacts created with unknown technology, one that is far above that of humanity. Not wasting any time, a group of daring individuals created the CRONUS Corporation, which supervises and essentially monopolized the Dome's research, trying to better understand the technology hidden within and putting together expeditions to achieve its goal. These expeditions, however, are way more dangerous than any other scientific venture, as no living being can leave the Dome once inside. 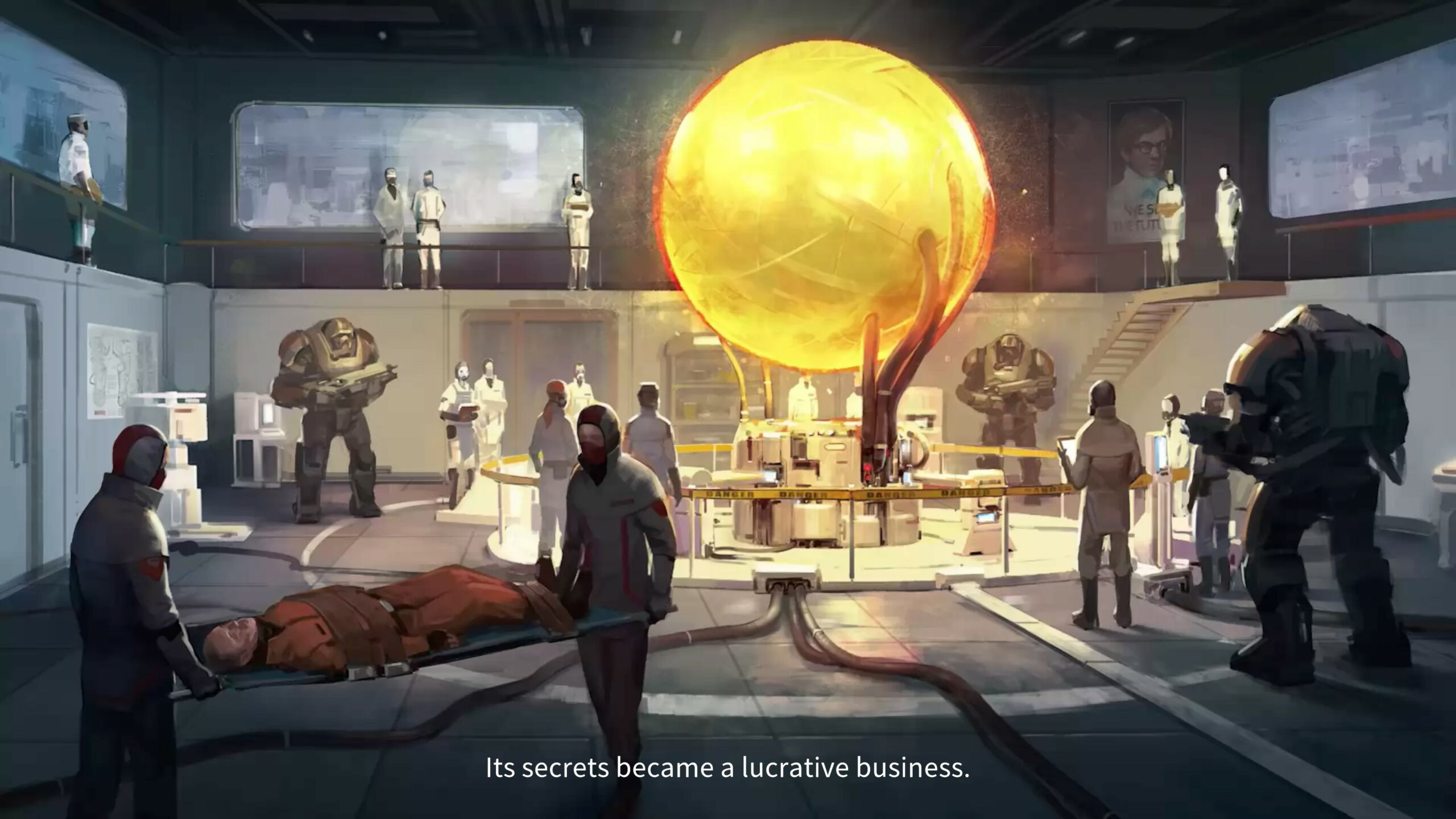 Right from the beginning of the game, it is clear how the developer aims to create the perfect freeform RPG. While not particularly innovative, the character creation system highlights how it's the player that decides how the adventure will develop, as they are asked which Wing of the CRONUS Corporation they are to be enrolled in. The five Wings - Black, Blue, White, Silver, and Orange - determine where the player will be assigned and how other NPCs will react to them. Orange Wing characters, for example, are prisoners who have been given a second chance, and most NPCs from other Wings will treat them coldly; White Wing characters, on the other hand, are renowned scientists and medics, and so they get quite a bit of respect from other characters as well as access to pretty much every facility right from the start. The chosen Wing also unlocks certain dialogue options, opening up new ways to interact with NPCs and complete quests. Skill checks in dialogues are also in, as expected in a true role-playing game, but the clever dialogue system design makes it so that it is possible to go around them and reach the same identical goal, depending on the character's assigned Wing.

Encased does a darn good job in making the player feel part of the world right from the start. Even before starting the very first story quest, you are given a chance to help another character who hasn't been registered properly by CRONUS and thus cannot access the main base. You can offer to register him yourself or leave him to solve the problem by himself, and things will change slightly depending on your choice. The same happens with pretty much every other quest, as it will be your actions that will determine the outcome, both good and bad. To make an example, during the prologue section, charmed by a beautiful car, I ended up speeding toward a very early death just because I decided not to heed the warnings and throw caution to the wind. It's these little touches that make Encased feel like a different game, one where you are free to do something really reckless if you so desire. 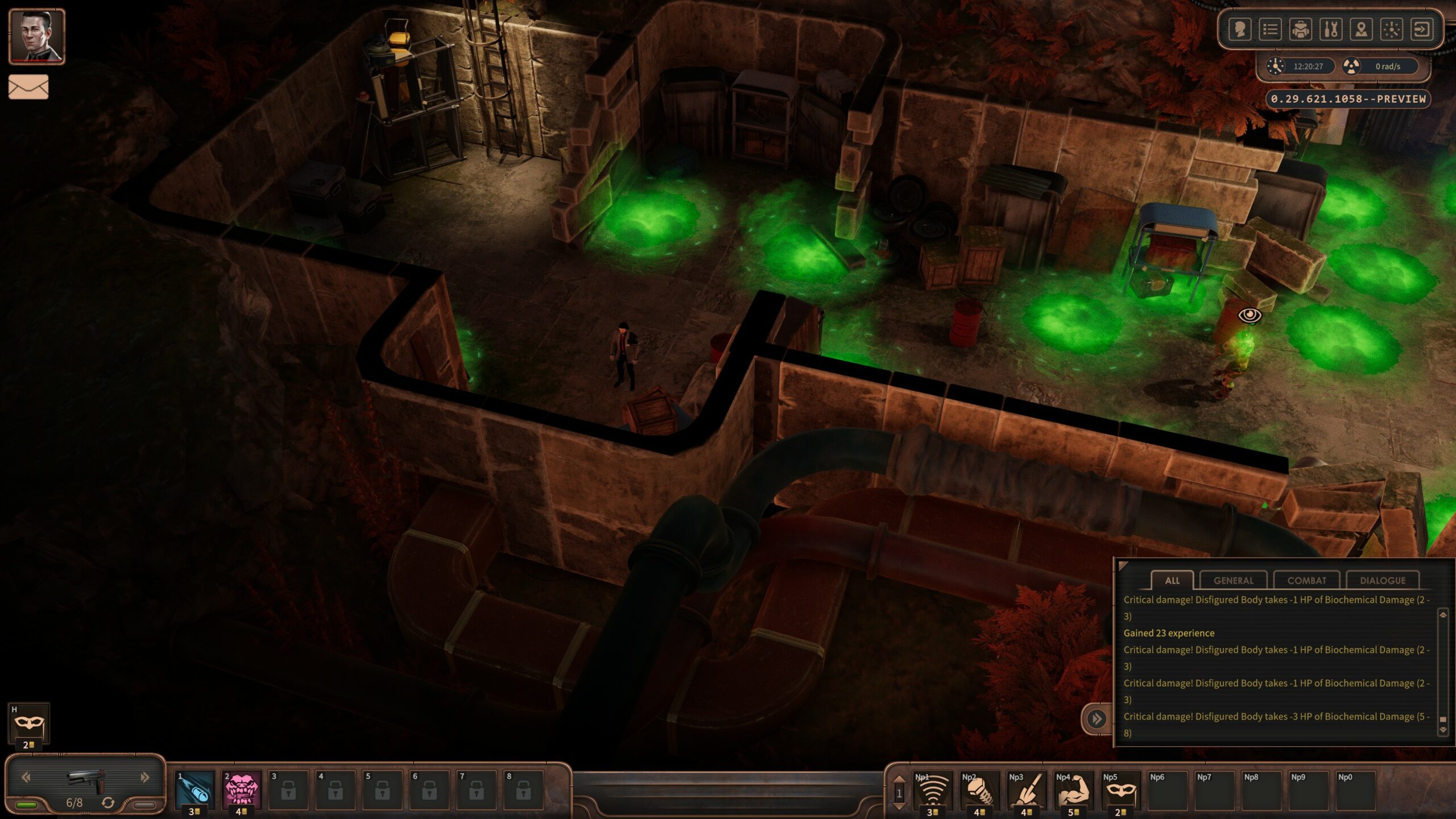 Sadly, the same care that has been put into creating a freeform RPG doesn't seem to have been put into the combat system. Encased uses a pretty standard turn-based combat system where the player and AI take turns to move characters, perform regular attacks, unleash skills, use items, and so on. The system definitely doesn't reach the heights of other turn-based RPGs like Wasteland 3, at least in the game's first few hours, and I honestly don't feel that additional skills and different weapons will do much to make it more exciting.

Encased may not be trying to reinvent the wheel in any significant way, but the huge amount of freedom it offers is sure to make more than a few RPG enthusiasts happy. The combat system may not be particularly exciting, but every other feature and mechanics is so nicely put together that most fans are likely to look past its straightforwardness.

Encased launches on PC via Steam this September.