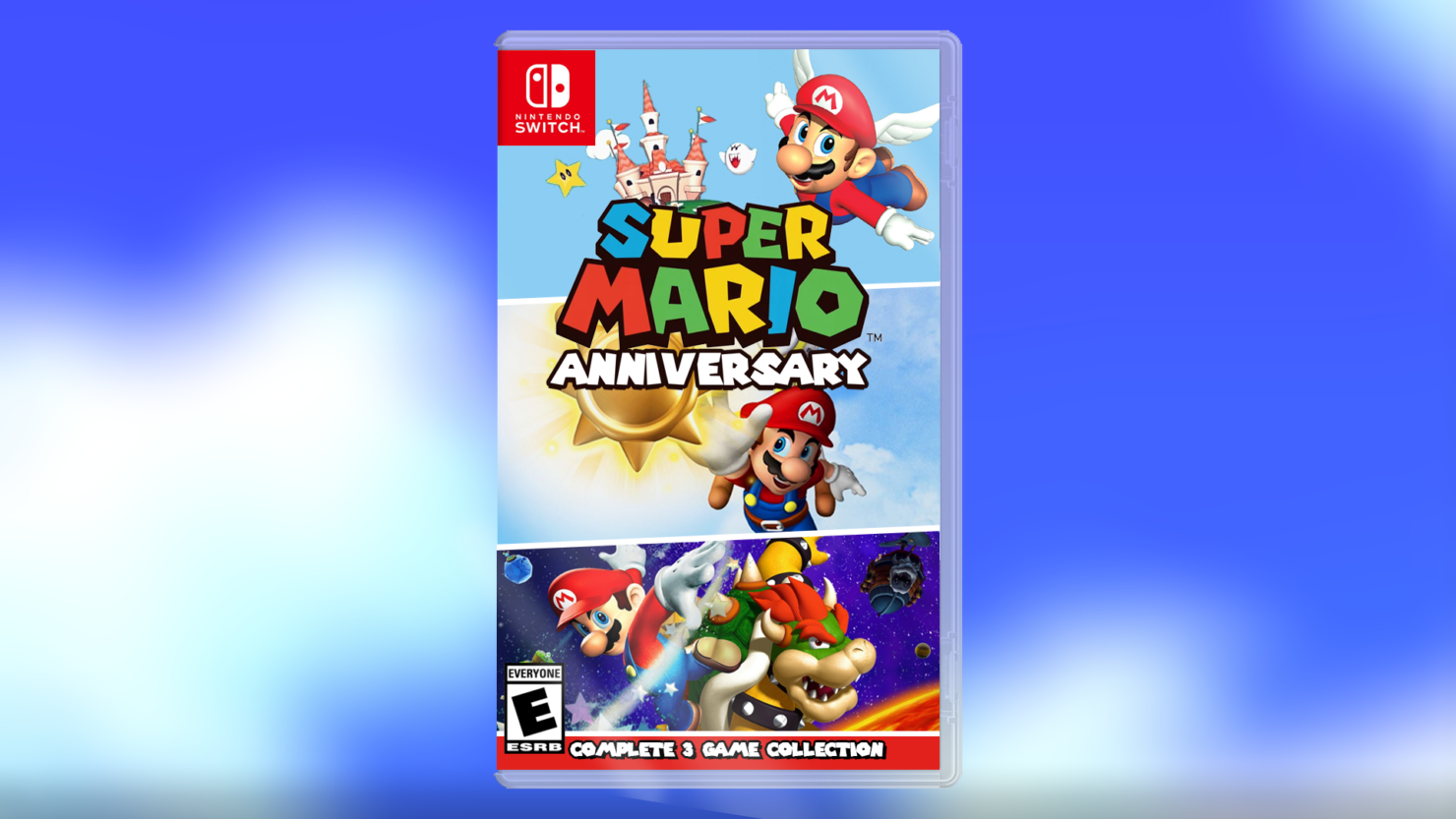 The rumored 35th anniversary Super Mario 3D Collection for the Nintendo Switch might very well be announced this week.

Back in August we reported on a possible reveal of the yet to be announced collection. Unfortunately, that didn’t come to fruition. Reportedly, COVID-19 has played a large part in the 35th anniversary collection not being announced yet, and reports now suggest that the game will launch somewhere next year.

Nintendo has yet to officially confirm the existence of the collection, but well-known Nintendo insider Emily Rogers might very well have hinted at the bundle actually being announced later this week.

“Awesome! Thanks for the free copy”, Rogers tweeted following a tweet from another Twitter user about providing free copies of the game if the Collection gets announced this week. 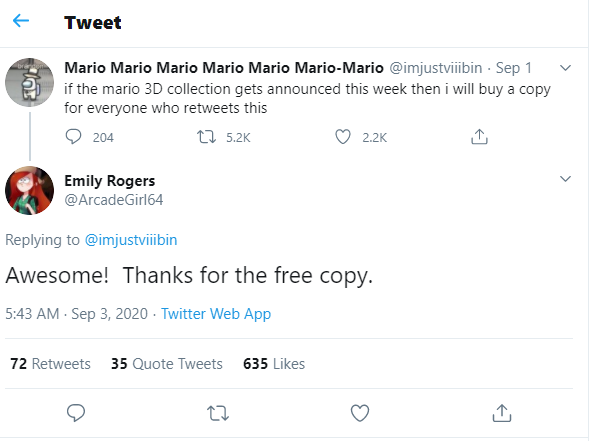 Now, while this doesn’t confirm that Nintendo will end up announcing the bundle this week, it does appear that Nintendo has something in the oven. Emily Rogers has quite the track record when it comes to Nintendo leaks. Back in 2018, she said that the new Super Smash Bros. Ultimate would be revealed and released later year, which proved to be true. Rogers was also spot on when it came to the specs of the Nintendo Switch, previously codenamed the Nintendo NX. On the other hand, some of her claims proved to false as well, including some leaks on Mario Kart 8 and Zelda: Breath of the Wild.

As with all rumors, take the information above with a pinch of salt for now. Of course, we’ll keep you updated as soon as more information on the Super Mario 35th Anniversary Collection comes in. For now, stay tuned.