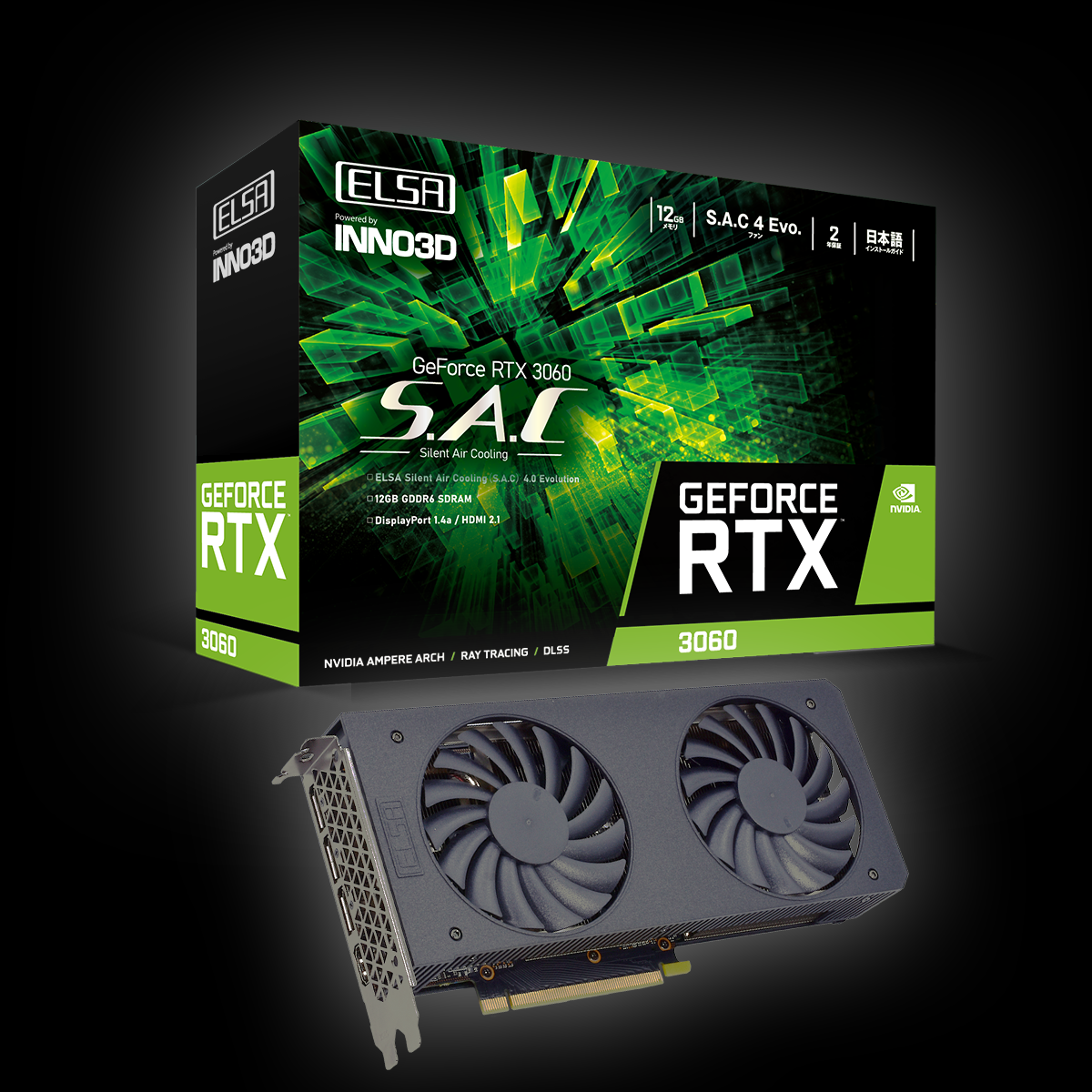 The ELSA RTX 3060 SAC/L graphics card, modeled after the NVIDIA Ampere architecture, features two silent running fans (90mm in diameter), equipped with fifteen blades each and a large heatsink. Elsa Japan's in-house "SAC 4 Evolution" cooler unit is installed for "excellent cooling performance". The bus interface on the GPU is PCI-Express 4.0. The ELSA RTX 3060 SAC/L graphics card showcases a 192-bit bus with twelve gigabytes of GDDR6 memory and 3584 CUDA cores, which is an API model and dual computing platform designed and created by Nvidia. The memory bandwidth of Elsa Japan's newest GPU processes at 360 gigabytes per second. The boost clock powers in at 1777 MHz with a 170 watt TDP, or thermal design power source. For the ELSA RTX 3060 SAC/L graphics card, there are four outputs — three DisplayPorts outputs and one HDMI port.

Outside of it's minimalistic design, the GeForce RTX card series labeling and Elsa Japan logo is printed on one side of the GPU casing. Elsa Japan offers a limited two year warranty for their product.

The company states that the ELSA RTX 3060 SAC/L graphics processing unit is created as a no-frills graphics card with "non-lighting specification with vanity and no LED" per Elsa Japan's product page.

Established on December 26, 1997 as a joint venture between ELSA AG of Germany and Technology Joint Co., Ltd. (Headquarters: Yodogawa-ku, Osaka), and then became a wholly owned subsidiary of Technology Joint Co., Ltd. in July 2002. Since its establishment, it has consistently sold GPU-equipped graphics boards for PCs and consumers, related products, and visualization-related products, and celebrated its 20th anniversary in December 2017.
In recent years, we have been focusing on devices used in fields such as big data analysis, AI, blockchain, and VR that take advantage of the outstanding computing power of GPUs.