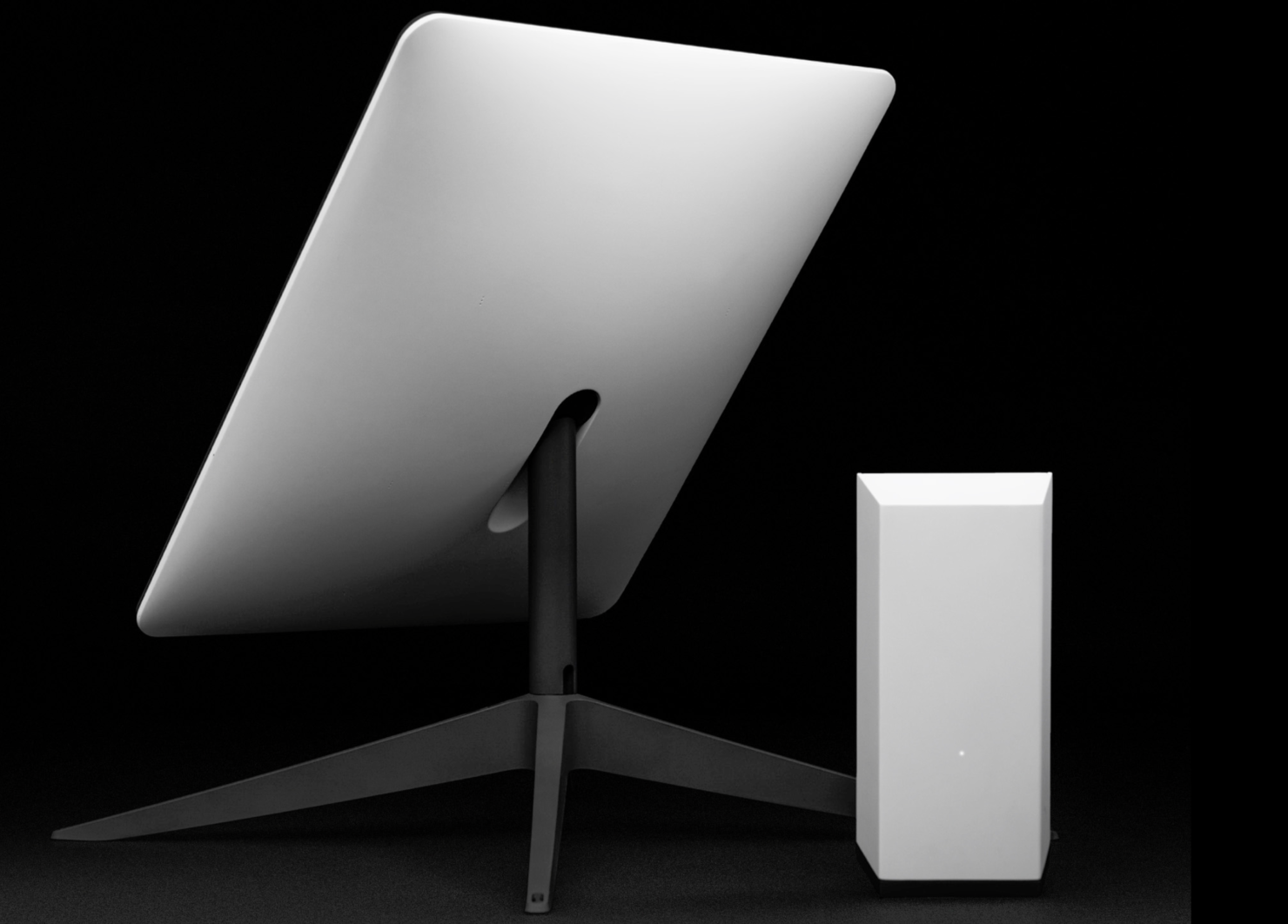 A screengrab of the new Premium Starlink terminal captured from the service's website.

Space Exploration Technologies Corporation's (SpaceX) Starlink satellite internet constellation has introduced a new tier of service which promises higher speeds but similar latencies over the current packages that users have signed up for. The addition comes after Starlink recently introduced a new satellite terminal that is expected to resolve the production issues plaguing deliveries last year. The new tier, posted yesterday on Starlink's website will charge $2,500 for the user terminal and other hardware, alongside a $500 deposit fee and a $500 subscription service. SpaceX expects terminal deliveries to start by the second quarter of this year.

The details of the new service are available on Starlink's website as of now and they reveal several changes over the current dishes currently being used by its customers. These include a larger dish, higher speeds, multiple service locations with a single account alongside what is dubbed by SpaceX as 'priority support'.

While the exact specifications of the new terminal are unclear, SpaceX's chief Mr. Elon Musk did share a few details on Twitter. According to the executive, the Premium dish doubles the area over the standard terminal and has a higher scan angle. This means that not only will the newer equipment be able to transfer more data to the orbiting satellites, but it will also be able to search for more satellites when compared to its predecessors.

Many users who have signed up for Starlink's standard packages are still waiting on deliveries, which has resulted in dissatisfaction over what had previously been high expectations for a new entrant. When compared to competitors, SpaceX's internet service offers significantly higher download and upload speeds and many users have seen their download rates cross 300 Mbps. However, Starlink takes a cautious tone on its website, where it promises the standard package a maximum download speed of 250Mbps.

A screenshot from Starlink's website reveals that the premium tier more than doubles the download speeds for users. Image: Starlink.com

Yet, the company raises the bar for the Premium tier, according to data on its website. This shows that while regular users should expect download rates ranging between 50 to 250 Mbps, the Premium ones will see this double to range between 150 Mbps and 500 Mbps. However, latencies for the two packages remain similar, indicating that this is a service constraint that should remain at these levels for the time being. However, when compared to the average latencies of its peers. which use satellites much higher in orbit, Starlink's metrics compare more closely with fixed broadband than with satellite internet providers.

This new terminal comes as Starlink filed an application to test a larger dish with the Federal Communications Commission (FCC) last year. These dishes, dubbed as a "mobile-based ground terminal", had a larger receiving antenna, alongside a larger gain and a higher figure of merit. The receiving antenna, as the name suggests, is responsible for receiving the signals from the orbiting satellites, and the dish's gain and figure of merit correspond to its abilities to translate signals into electrical power and overall efficiency, respectively. The terminal uses a separate antenna to transmit signals to the satellites.

Whether the aforementioned terminal is the same as the one that surfaced in the FCC filing is uncertain, but what is clear is that the Premium segment is also being marketed to businesses. According to Starlink's definition of the new tier:

Starlink Premium has more than double the antenna capability of Starlink, delivering faster internet speeds and higher throughput for the highest demand users, including businesses. 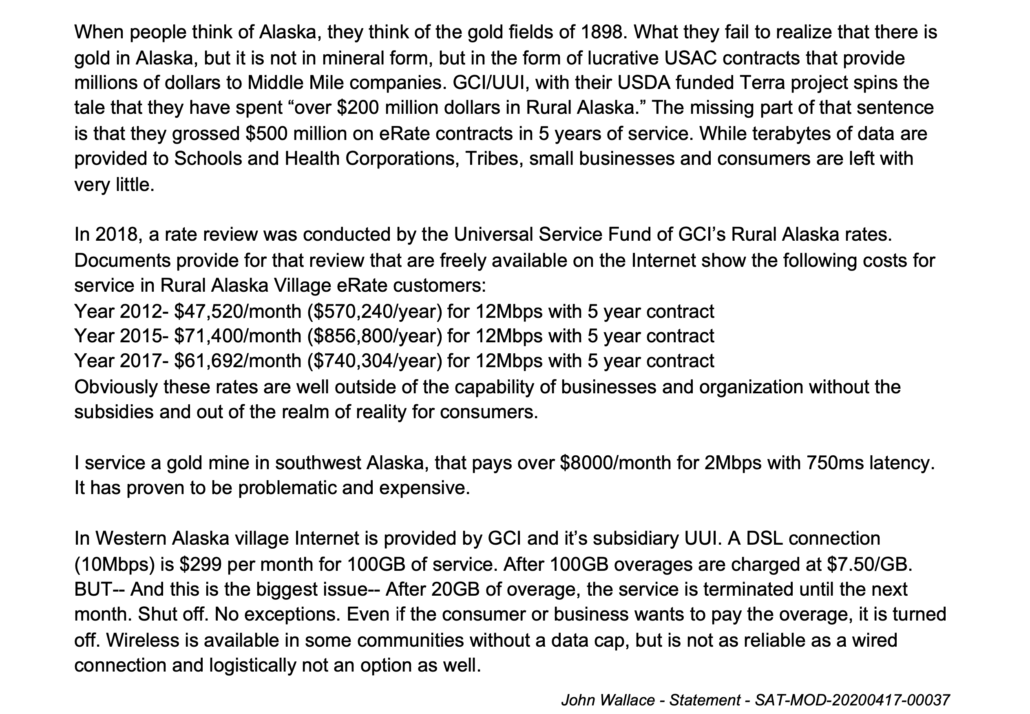 A letter from an Alaskan to the FCC submitted early last year outlined the steep internet costs his business had to face. Image: FCC File SAT-MOD-20200417-00037

The package for business users aims to target a highly unsatisfied segment in far-flung areas such as Alaska. Letters submitted in support of Starlink's satellite modification to the FCC last year highlighted the difficulties Alaskan users had to face when procuring Internet coverage. One such letter, from Mr. John Wallace, stated that his gold mine was paying more than $8,000 per month for an internet connection providing 2 Mbps speed and 750 milliseconds (ms) latency.

Starlink, it seems, has responded to these needs, and the new package should offer a significant discount over what users in such areas are paying. Another Alaskan, Mr. Jacob Calderwood an elementary school teacher, also outlined to the Commission that he had been paying more than $300 per month for Internet during a time when schools were closed due to restrictions imposed in the wake of the ongoing pandemic.