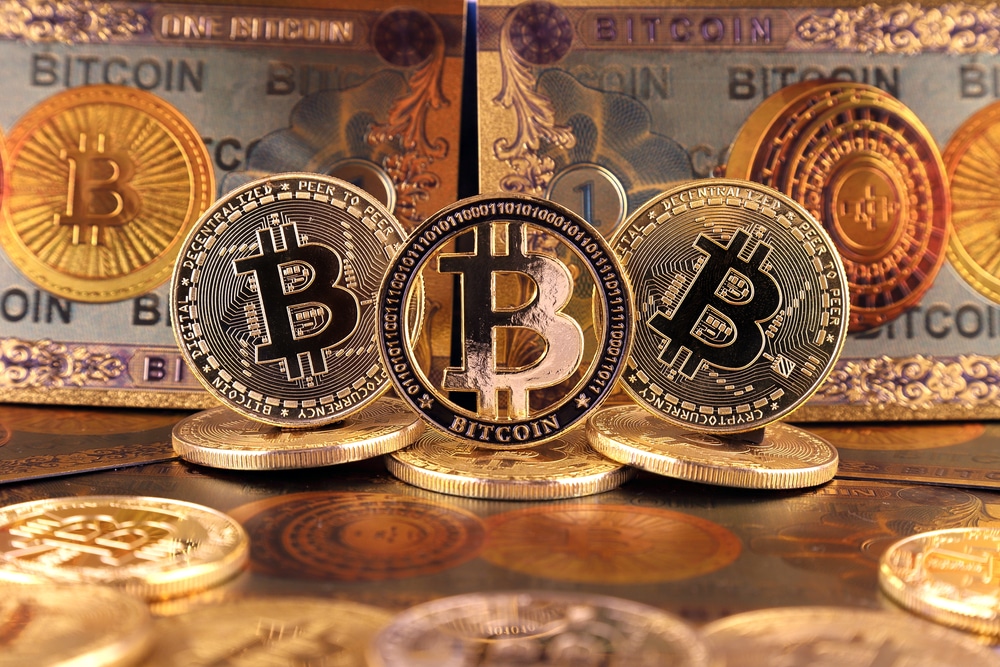 Bitcoin (BTC), the world’s premier cryptocurrency, has endured a brutal 50 percent price crash over the past few months, precipitated by a litany of adverse developments. Now, however, it seems that the stars are finally aligning for Bitcoin, setting the stage for substantial price gains.

As a refresher, Bitcoin’s ill-fated love affair with the CEO of Tesla (NASDAQ:TSLA), Elon Musk, ended in tears back in May. While citing the environmental impact from ubiquitous Bitcoin mining, Mr. Musk recanted the facility of accepting the cryptocurrency as a viable mode of payment for Tesla EVs. Helped along by other developments, including a complete ban on crypto mining in China, Bitcoin and the wider crypto sphere endured a brutal correction over the past few weeks.

Nonetheless, things appear to be turning around now. First, Elon Musk indirectly confirmed substantial holdings of Bitcoin by Tesla via a recent tweet:

We don’t have that many Bitcoin, but it’s close

Moreover, Amazon (NASDAQ:AMZN) appears to be moving closer toward adopting Bitcoin as a mode of payment, as evidenced by its recent job posting of a “Digital Currency and Blockchain Product Lead”. It should be noted that the e-commerce giant has clearly stated that it would not move in this direction anytime soon.

Against this very fluid backdrop, Exxon Mobil (NYSE:XOM) may soon become the latest backer of Bitcoin from corporate America. To wit, Oil and Gas News has quoted its sources as saying that the energy giant might buy around $5 billion worth of Bitcoin and that the company might also start accepting Bitcoin Lightning in Q4 2021:

BREAKING: EXXON MOBIL TO ANNOUNCE ~$5B #BITCOIN BUY AND PLANS TO START ACCEPTING BITCOIN AT ALL PUMPS VIA LIGHTNING NETWORK STARTING Q4 2021 - SOURCES

This tidbit was later confirmed by the INDUSTRY Tribune journalist, Bob Malakas. Specifically, Mr. Malakas cited his sources to suggest that Exxon Mobil may already be using excess flare gas to mine Bitcoin:

Sources say Exxon Mobil may already be stacking sats by capturing flare gas at mining facilities and using the excess energy to mine Bitcoin.

Exxon could already be holding well over the $5 billion figure previously reported.

This could be HUGE!

As a refresher, the Bitcoin Lightning Network is an additional layer added to the Bitcoin Network that speeds up transaction processing by circumventing the blockchain, thereby allowing the transfer of coins between two wallets instantaneously and without the associated fees. Should this speculation pan out, it would be an explosive endorsement of the entire cryptocurrency sphere.

This brings us to the crux of the matter. Bitcoin has now closed in the green for the ninth day in a row. This has occurred just three times in Bitcoin’s history. As an illustration, the 30th of October 2015 marked the last such instance when the cryptocurrency racked up nine straight days of gains. It subsequently went on to generate gains of nearly 6,000 percent! The other two instances include the 15th of October 2013, when Bitcoin closed in the green for ten days in a row and then went on to rally over 700 percent, and the 19th of November 2012, when the cryptocurrency racked up 11 straight days of gains and then proceeded to generate over 2,000 percent return over the next few weeks and months. Readers should go over this Reddit thread for further insight.

Do you think Bitcoin is about to embark on another explosive rally? Let us know your thoughts in the comments section below.