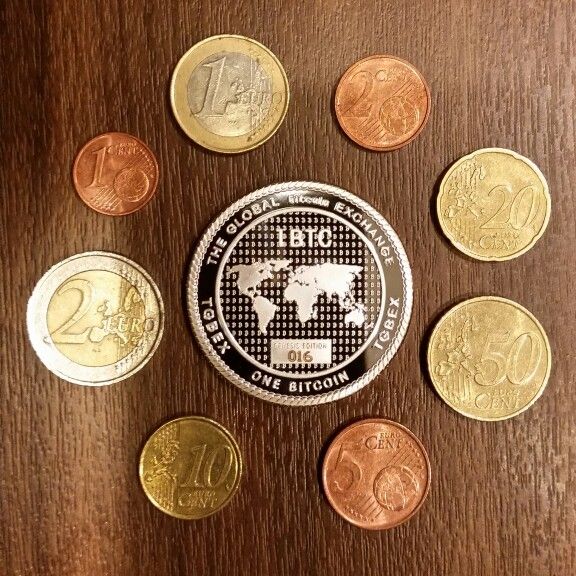 Bitcoin (BTC), the world’s premier cryptocurrency, currently stands at a murky juncture. While its capped supply lends credence to a gradual price appreciation thesis, Bitcoin’s legendary volatility – a symptom of the cryptocurrency’s still subdued user base – is acting as a barrier to its adoption. Moreover, the raging debate around Bitcoin’s energy consumption has further muddied the proverbial waters.

Bitcoin (BTC) vs. the Digital Euro

Against this backdrop, the European Central Bank (ECB) is out with a critical essay today on the prospects of a digital Euro. To wit, a blog post by the ECB member, Fabio Panetta, compared the theoretical advantage of such a dispensation against Bitcoin in the following words:

“And finally, our experiments showed that the energy needed by the settlement infrastructure we used is negligible compared with the energy consumption and environmental footprint of crypto-assets such as bitcoin, which uses more electricity than Greece or Portugal alone.”

On the surface, this comparison makes sense. After all, Bitcoin is notoriously inefficient at processing transactions, currently managing to process only 7 transactions per second. For reference, Visa (NYSE:V) regularly processes 24,000 transactions per second! While the Bitcoin Lightning Network – an additional layer added to the Bitcoin Network that speeds up transaction processing by circumventing the blockchain, thereby allowing the transfer of Bitcoins between two wallets instantaneously and without the associated fees – is a critical ameliorative step, it does create security risks and potential for fraud. Moreover, the end balance of a series of transactions between two individuals on the Lightning Network would still have to be recorded on Bitcoin’s blockchain. Given this inherent structure, Bitcoin’s transaction processing power is likely to remain inferior to that of Visa or the digital Euro.

However, what the ECB has deliberately chosen to ignore is that Bitcoin’s slow transaction processing ability, a hallmark of its Proof of Work (PoW) structure, is the price its proponents pay to forge consensus while ensuring relative anonymity in a payment medium that should begin to serve as a superior store of value once the residual Bitcoin blocks have been mined and the volatility declines as a result of the cryptocurrency’s growing user base. As a refresher, in a PoW structure, miners compete to process transactions by expending computational power via cryptographic calculations. These processed transactions are then added to the blockchain, and the miner receives a set number of Bitcoins as a reward.

A digital Euro will, at the end of the day, still be a fiat currency. And fiat, over the past couple of decades, has proven to be an inefficient store of value. Consider the following chart that illustrates Gold’s price in US Dollar:

As is evident, Gold has appreciated by over 2,200 percent since the April of 1973, when priced in the greenback. In other words, the USD has dramatically lost its purchasing power over the past couple of decades.

Unlike a digital Euro or other fiat currencies, Bitcoin’s supply is capped and can’t be debased ad infinitum. This is a critical advantage that Bitcoin’s proponents view as central to their bullish thesis. Obviously, the digital Euro and other potential Central Bank Digital Currencies (CBDCs) will occupy a pivotal position in the emerging paradigm, but that does not negate the fact that Bitcoin and other cryptocurrencies will also retain a popular role, driven ironically by the unceasing propensity of Central Banks to debase national currencies.

Let’s now tackle the latter part of Mr. Panetta’s assertion, one that relates to Bitcoin’s supposedly detrimental environmental impact. What the esteemed ECB member and the CEO of Tesla (NASDAQ:TSLA), Elon Musk, fail to appreciate is that more than half of the energy consumed by the Bitcoin Network comes from renewable sources. To wit, the Bitcoin Mining Council published a critical report on the 01st of July, noting:

“The BMC revealed that it successfully collected sustainable energy information from over 32 percent of the current global Bitcoin network in its first ever voluntary survey. The results of this survey show that the members of the BMC and participants in the survey are currently utilizing electricity with a 67% sustainable power mix. Based on this data, it is estimated that the global mining industry’s sustainable electricity mix had grown to approximately 56 percent, during Q2 2021, making it one of the most sustainable industries globally.”

This is a seminal development, one that demolishes the environmental crusade waged by Bitcoin detractors. It also makes sense. After all, miners have a powerful incentive to minimize their energy costs, and the easiest way to do so is by switching to renewable power sources.

To sum it up, the ECB has unfortunately resorted to a false equivalence in comparing the digital Euro’s efficient transaction processing advantage to Bitcoin’s supposed inefficiencies, especially as those inefficiencies are by design and serve as the price that Bitcoin’s proponents are only too happy to pay in order to maintain a vestige of financial independence.