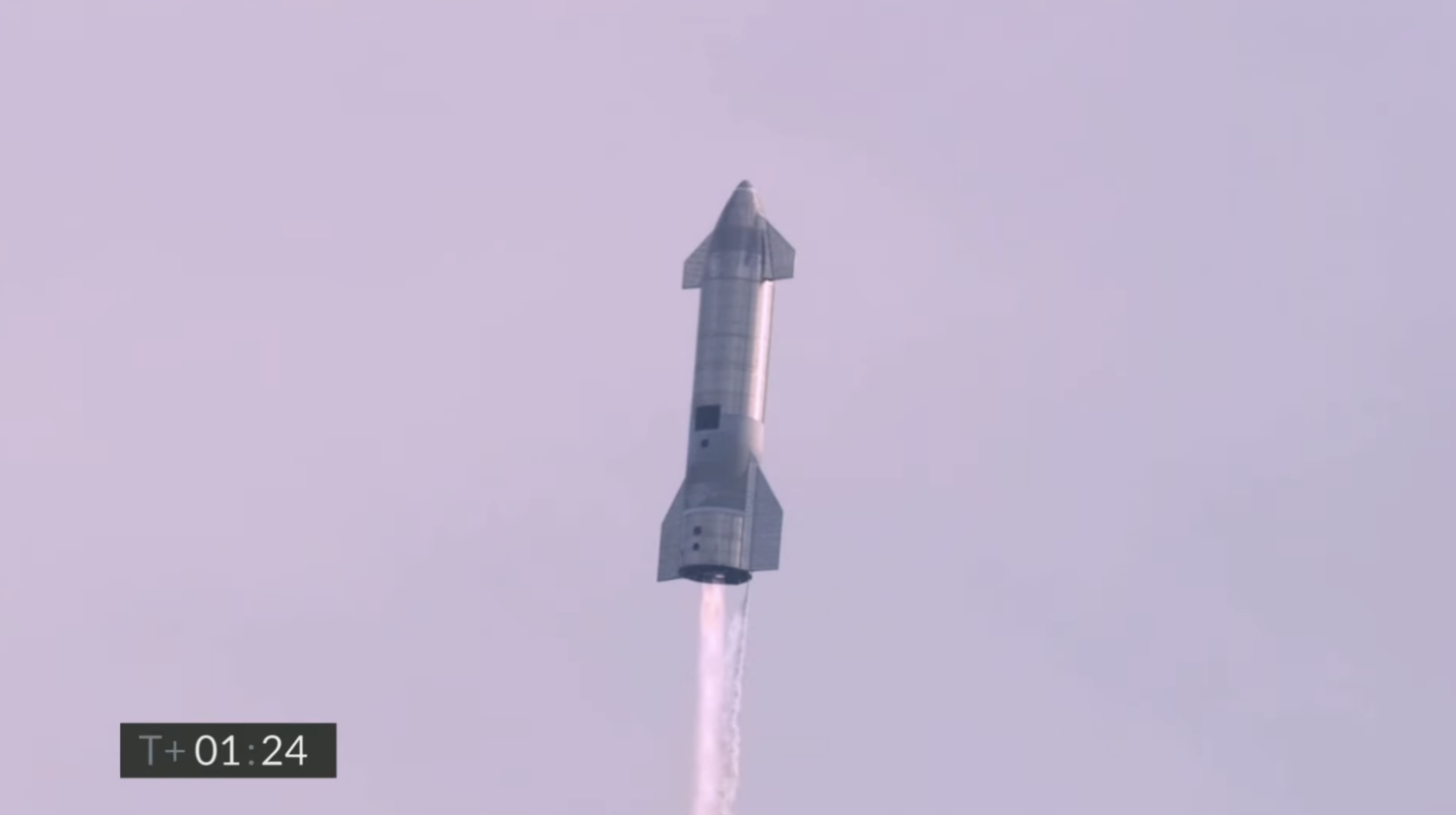 [UPDATE 18:35 EST] The need to work on the legs became apparent, as roughly fifteen minutes after landing, the prototype caught fire due to what appeared to be a methane leak.

[UPDATE 18:21 EST] Roughly two and a half hours after its initial abort, the SpaceX SN10 took to the skies at 16:14 EST and six minutes later, the vehicle successfully landed vertically in a first for the company. The landing validates SpaceX's design for Starship as it allows the company to focus on other areas of the spacecraft such as its landing legs.

[Original published on 15:47 EST] As part of its ongoing development of the Starship launch vehicle platform, Space Exploration Technologies Corp. (SpaceX) held the count a moment after the prototype's engines lt up for a third high altitude test of the vehicle's upper stage. The prototype being tested, SN10, followed a test earlier this year that met two of three criteria for a successful test. However, like SN8 before it, the prototype crashed as it attempted to land, as its Raptor engines did not perform as expected and therefore failed to generate adequate thrust for a successful landing.

Powering the vehicle were SpaceX's Raptor full-flow staged-combustion methane fuelled rocket engines that are the first of their kind to attempt to reignite for landing the vehicle that they are powering. Problems with these engines caused the previous two tests to fail in their final leg, and during today's test, they appeared to have failed to ignite prior to the launch.

As the launch was stopped an operator described an "Outside of expected bounds, Raptor". SpaceX's software for the Falcon 9 and Starship automatically tests the vehicle before its engines are ignited and it appears as if this system shut own the engines milliseconds after they fired.

The abort demonstrates continued problems with Starship's propulsion system, even as SpaceX rapidly manufactures the prototype's tanks, body and other components in Boca Chica, Texas. Simultaneously, the company is also busy securing methane drilling rights in Texas for ensuring sufficient fuel supply for its rocket engines.

SpaceX chief Mr. Elon Musk shared more details for the abort on Twitter soon after the company confirmed a second launch attempt today. According to him, SpaceX set the thrust limit for the Raptor slightly low and will tweak this and then attempt another launch soon - potentially in two hours. 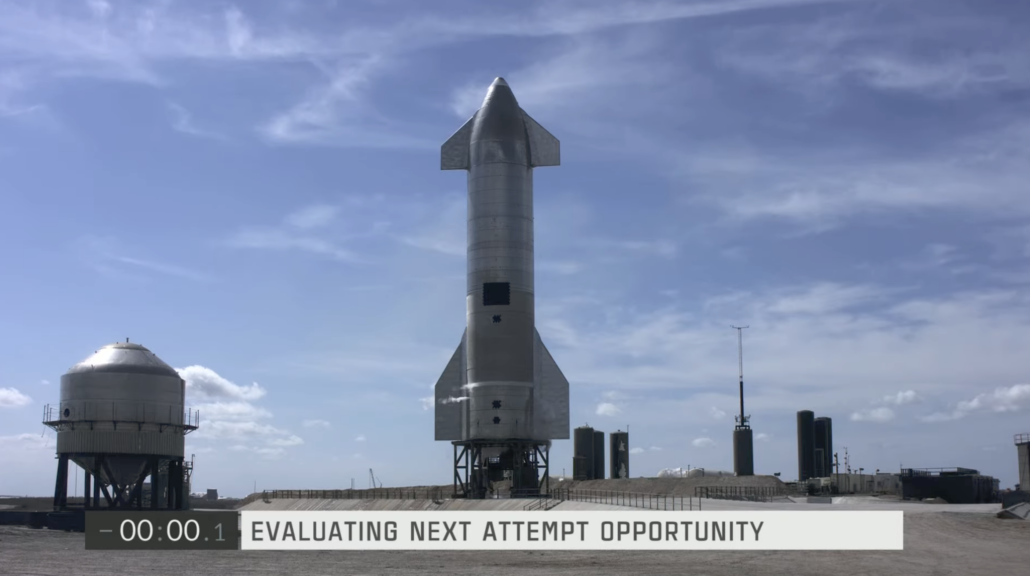 While initially, it appeared that today's launch attempt was scrubbed, SpaceX soon updated its live stream and stated that it was evaluating the next launch attempt opportunity. The bulk of the time for a Starship test is spent loading the vehicle up with its fuel, which then provides clear visual cues for an upcoming launch attempt as the vehicle's exterior starts to frost up due to the superchilled fuel inside. SpaceX uses super-chilled liquid oxygen for its Falcon 9 rockets to improve their performance and a similar procedure with Starship as colder fuel allows for more of it to be loaded in a vehicle.

The company faced similar testing difficulties with the Falcon lineup as it attempted to become the first in history to land a rocket booster. Similarly, it also plans to become the first to land the upper stage of a spacecraft through Starship. For the Falcon lineup, SpaceX's biggest costs remain the rocket's second stage as it has to manufacture new Merlin vacuum engines for the vehicle every time it plans to conduct a launch.

Roughly twenty minutes after the abort, SpaceX's principal integration flight engineer Mr. John Inspurker confirmed that the company is aiming for another launch attempt today. Soon after the announcement, SpaceX drained the fuel from its vehicle as it tries to conduct a high-altitude flight today.

Aborting the test before the vehicle takes flight is essential as it reduces the risk of losing Raptor engines. Manufacturing the engines is a time-consuming process and by building up its inventory, SpaceX will set itself up for a regular flight cadence once it irons out the problems of getting Starship off of the ground and landing it during a test.