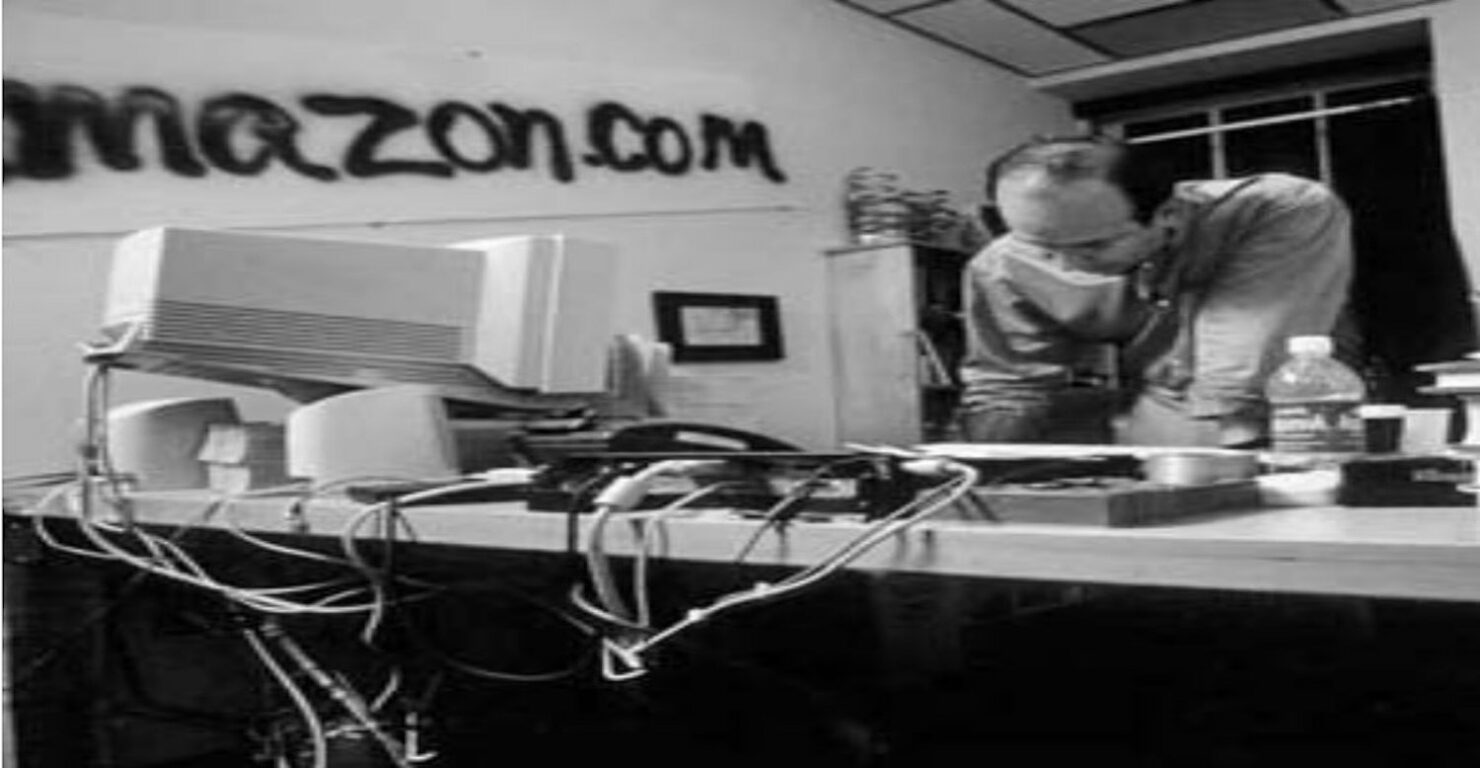 Jeff Bezos during Amazon's early years. The billionaire shared this image on his Instagram as he celebrated the 25th anniversary of taking his company public.

Space Exploration Technologies Corporation's (SpaceX) chief executive officer Mr. Elon Musk has stated that Blue Origin LLC's owner Mr. Jeff Bezos needs to take his space exploration attempts more seriously. The pair are at the helms of two out of three companies that are developing next-generation heavy-lift American rockets for lunar and Martian missions, alongside also competing for contracts from the National Aeronautics and Space Administration (NASA). However, while Blue Origin aims to have its first orbital-class rocket ready soon, SpaceX has already conducted hundreds of flights with its Falcon 9 rocket. Yet, they will come head to head in a couple of years when NASA's lunar exploration missions kick-off, with SpaceX already having won a contract from the space agency while Blue Origin preparing itself to secure a future award.

Musk's comments were made in a tweet last week, where he continued interacting with his followers on a poll that he had sharing asking them who they trusted more when it came down to billionaires and politicians. This poll was the part of a recent controversy that the billionaire landed himself into when he and congresswoman Alexandra Ocasio-Cortez (D-NY) had a brief back-to-back on the social media platform that Musk hopes to acquire.

The poll, as opposed to another where Musk triumphed over Ocasio-Cortez, saw politicians win more than a million votes and outdo the billionaires. During his interactions, Musk also shared his opinions on his fellow billionaires, Bill Gates and Jeff Bezos, He outlined that due to Mr. Gates's large short position against Musk's electric vehicle company Tesla, he was less inclined to trust the Microsoft billionaire.

However, when it came to Mr. Bezos, the billionaire shared that he has no ill-will against the Amazon billionaire, but he believed that Bezos could start working harder. 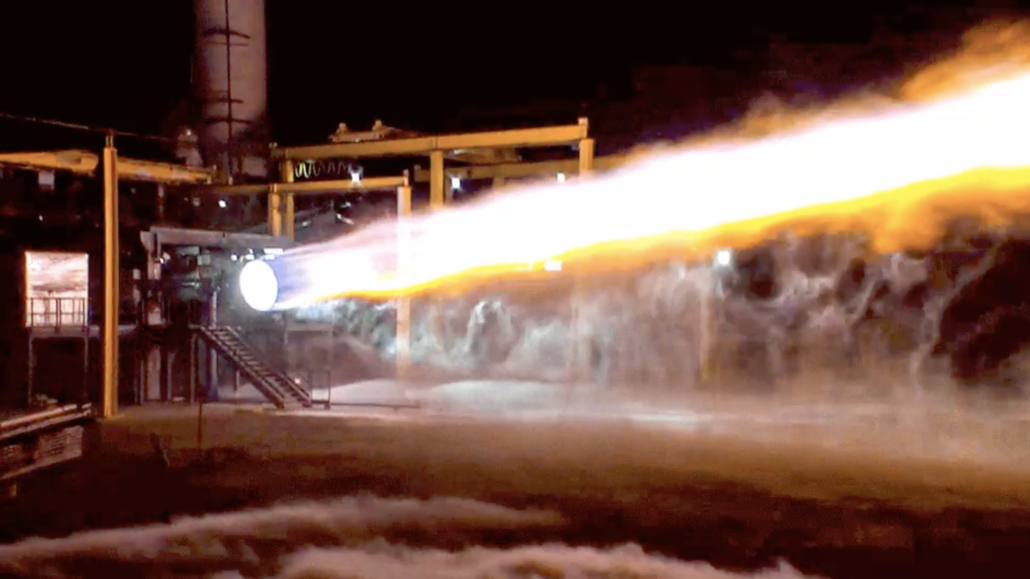 Blue Origin's BE-4 oxygen-rich, liquefied-natural-gas-fueled, staged-combustion rocket engine as part of a test at 100% power levels earlier this year. The engine is also displaying its 'gimbaling' capabilities. Gimbaling allows a rocket engine to slightly change its angle in order to aid the rocket to adjust its orientation during flight. Image: Blue Origin

When asked whether he considered Bezos to be a good person, Musk responded that:

He’s fine, I guess. Does seem like he’s spending a lot of time in the hot tub these days.

If he wants to get to orbit, less partying and more work would be advisable.

Musk's SpaceX and Bezos's Blue Origin came to the center of public attention late last year when NASA chose to award the former with a multi-billion-dollar contract to land astronauts on the Moon. While the space agency had hoped to make two awards, it had carefully avoided making this commitment in its solicitation as it foresaw a potential shortfall of funds allocated by the government.

Both companies were shortlisted for the final award, but NASA chose SpaceX and explained its decision in a lengthy document. Refusing to accept defeat, Blue Origin first protested to the United States Government Accountability Office (GAO) and then sued NASA. However, the company lost its case both times, despite Bezos offering to foot a significant portion of the NASA contract if the space agency changed its mind.

NASA then proceeded to decide to extend SpaceX's contract and open a new solicitation for a second lunar lander. The riskiness of space exploration necessitates redundancy, and while SpaceX's extension aims at developing a sustainable lunar presence, the new contract that Blue Origin is fighting for will enable NASA to have two lunar landers at its disposal.