The Last of Us is an upcoming title releasing later this month, developed by Naughty Dog, the developers of the Uncharted trilogy and the Jak and Daxter Trilogy, it is only safe to assume that the title is already destined for great things, but with the release date drawing so close, The star of the game, Ellie, a 14 year old girl who is surviving this grizzly world of monsters and humans looking to kill her and Joel, asks a lot of tough questions, Do you have what it takes to be "The Last of Us?" 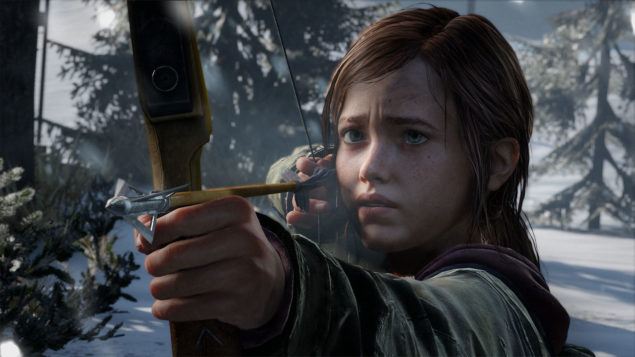 The Last of Us star, Ellie, Asks if you have what it takes to survive in a grizzly post apocalyptic world full of monsters.

We have seen the same scenario various times depicted in various media such as books, movies and especially video games, but Ellie asks you the questions that every survivor of these scenarios should be prepared for, she asks if you would make the right choice in distinguishing friend from foe, kill ... or do worse, if a loved one becomes infected would you do the right thing?, would you put your life one the line for Ellie as she would do for you?, Could you be "the Last of Us?"

The trailer is indeed very powerful and speaks a truly deep message, So far the game is easily the hot topic among PlayStation enthusiasts across the world and with the release date following only a few days after E3, it won't be soon until all the PlayStation fans finally quench their thirst for this game.

The Last of Us is a gripping story outlining the survival of Ellie and Joel in a post apocalyptic world infested with monsters and if the undead weren't frightening enough, the duo also have to deal with other dangerous survivors and have to fight tooth and nail against the world just to survive and make all the tough decisions along the way too.

The Last of Us Remastered Edition Launching on the PS4 on June 13th?