Elite Dangerous: Horizons expansion, which adds planetary landings for the exploitation of resources with a cute SRV vehicle, will be entering a beta test phase on November 24th, meaning that you'll get a chance to crash land onto exotic 1:1 scale planets.

Beta 2.0 will of Elite Dangerous: Horizons kicks off at the end of the month, but only those that pre-order will get to participate.

In order to be one of the individuals that gets to test the upcoming Horizons expansion, you have to pre-order it and specifically pre-order the Elite Dangerous: Horizons - Beta package that can be found right here. If you already have, then very soon you can test your skills at re-entry and even get a chance to explore the massive surfaces of planets with your Surface Recon Vehicle.

Elite Dangerous: Horizons is a much anticipated expansion because it adds functionality and possibilities for gameplay that just weren't necessarily there when it first released. Though we gave it high marks for both the PC and the Xbox One for the immersion and general polish, not everyone will enjoy the type of open-ended gameplay confined simply to a ship. N

ow exploration takes on a whole new level as you'll be able to chart entire worlds. You'll even be able to build and defend planetside bases via the SRV, and on foot in the future. Horizons also expands upon the Powerplay initiative, with story events that actually effect the political environment.

This is a much needed update, and one that'll likely keep fans interested for some time. It could even bring in new people who were put off by the lack of "stuff" to do in such a large galaxy. Granted, you're still responsible for making your own choices, but at least there'll be far more options for you. It also looks like the engine scales well when landing, with beautiful scenery. I wonder when lush tropical planets will be rendered. 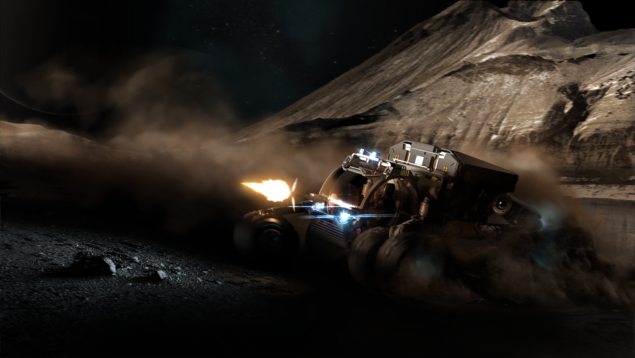