Frontier Developments is not against the idea of cross-play at all. In fact, they embrace the idea of being able to have a game that can be shared across all available platforms. But there are a number of challenges that must be overcome before such a dream can actually come to fruition. 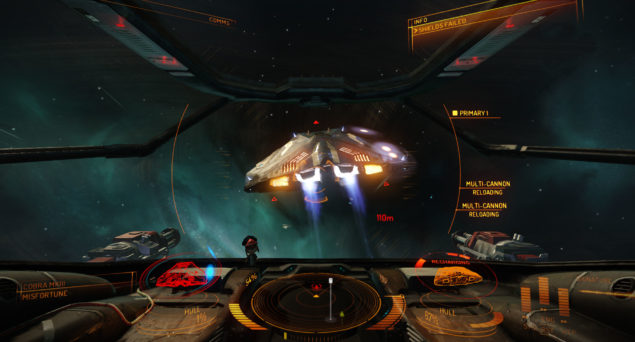 David Braben of Frontier Developments says that cross-play could be limited by patches and updates of any given game.

David Braben was able to talk to PCGamesN about the plans surrounding the impending console release of their critically acclaimed Elite Dangerous. In that interview he highlighted a question that was certainly on my mind; that of cross platform play.

Apparently it's not quite as simple as Microsoft may have you believe it is with their upcoming Windows 10. While updating and patched needs only internal validation and certification from their own development team, the same updates need even further certification from the respective platform owners themselves. This means that it would take longer to release those same patches, breaking any cross-play functionality between PC and consoles in the process. Frontier Development is committed to timely releases of updates to the PC, it seems.

“I think the challenges for us, which sort of fights against it, is we’ve also said that we’ll continue to do updates across all platforms, and what we didn’t want was PC updates to be held up for whatever reason, like if there’s a delay on another platform.”

With that being said, David Braben said that you probably won't be flying alongside your PC buddies at all. But the world that you interact with will be the same, though. The stock market and the politics of the Galaxy will be affected by all platforms and will be the exact same world. That's something, at least.

“What we’ve said for definite is that they will be playing in the same world, the same background sim will be effecting the same stock markets and stuff like that. I would like to see cross-play as well. There’s nothing presenting it technically, other than that the worlds might be slightly out of sync.”

But couldn't all updates be timed to be released when all certification is complete? Even though the timeline may be stretched to be further apart then they might originally want the ability to play with friends across platforms might make it more appealing. And it can't be terribly complicated to release all patches and updates at the same time. Microsoft certainly has provided the tools to make it possible as they've announced at GDC and have touted for some time. It almost seems like a cop-out to me.

The timing of patches and updates shouldn't be what holds back a cross platform modality. It's an excuse to not even try when the capability is present and available to them.

As we've reported before, Elite Dangerous will be making its way to the Xbox One. We originally reported it as being an absolute exclusive, but it turns out it'll just be a timed exclusive and will also eventually be making its way to the PS4 at some point in the future as well. No release date is given for either console, though they should find their way there sometime this year.