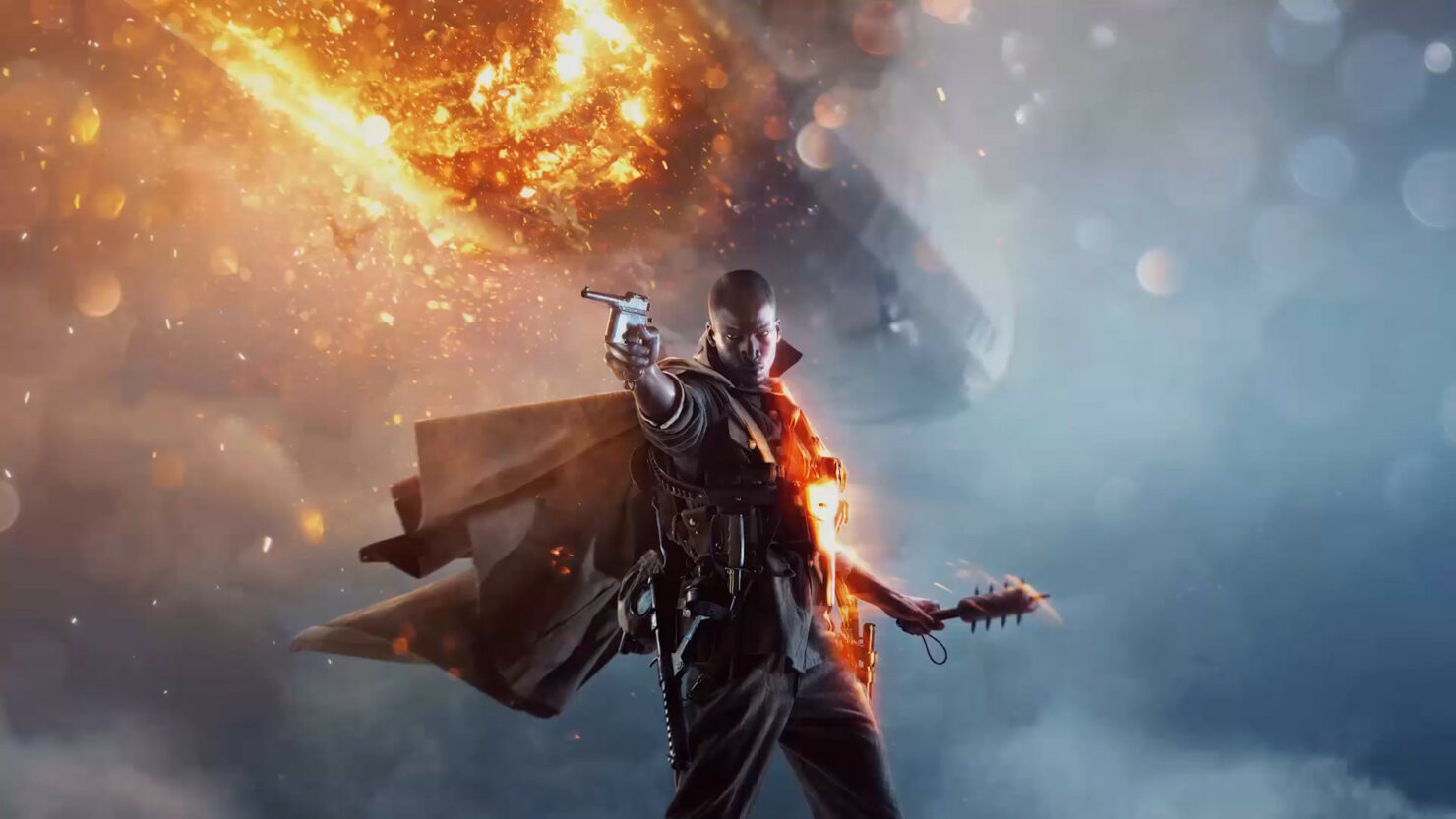 Electronic Arts (NASDAQ:EA) have beat expectations yet again, making this the 14th straight quarter they have done so. They have lost $0.13 per share, beating the guidance loss of $0.17 per share. Net revenue was lower than the guidance, but as a result of lower operating expenses and a lower cost of revenue, the company has shown improved figures overall. During this period the company also repurchased 1.6 million shares at a cost of $127 million.

“Q2 was an excellent quarter for Electronic Arts, led by breakthrough new EA SPORTS titles engaging players across console and mobile,” said Chief Executive Officer Andrew Wilson. “We are in an outstanding position for the quarter ahead, with two of the highest-rated games of this console generation in Battlefield 1 and Titanfall 2, global competitive gaming tournaments underway, and our first virtual reality experiences coming soon. Across all platforms, this holiday season will be a fantastic time to play.” 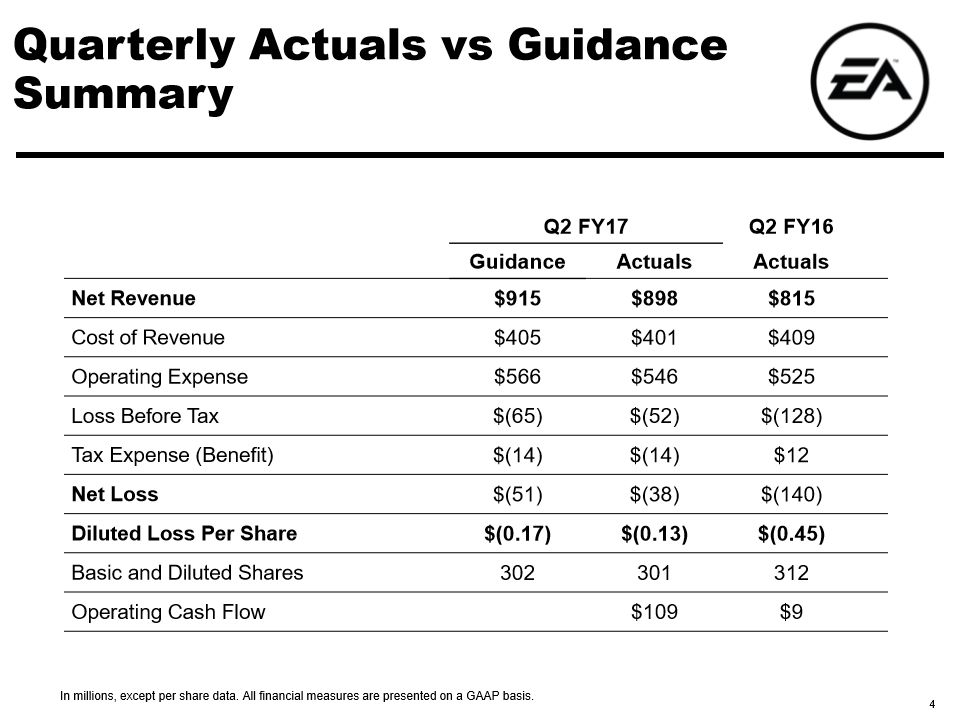 One highlight of this quarters statement for the company is a huge uptake of FIFA, their flagship sports series. FIFA 17 has 20% more people playing the game compared to last years iteration. With this also comes an increase of digital sales from their Ultimate Team side-games that come with FIFA, Madden NHL and Hocky franchises, collectively these have increased 15% over the previous twelve months compared to the previous year.

What has also added a further shine is the greatly expanded pickup of Battlefield 1, which first weeks player base has nearly doubled that of 2013's Battlefield 4. Titanfall 2, released last friday, has also gained ratings of 90% or above from forty different outlets. These, having been released over the past two weeks, could make for a strong base for the company's Q3 report.

EA: A Look at What's to Come

This upcoming quarter is expected to feature a largely increased revenue but with the exact same guidance of a loss per share of $0.17. I, however, am not as bullish as the predictions. Of course the company will find some increased sales due to the holiday season, they will likely not find as many as expected. The major positive will come from the launch of Battlefield 1 on the 21st of October and Titanfall 2 on the 28th. 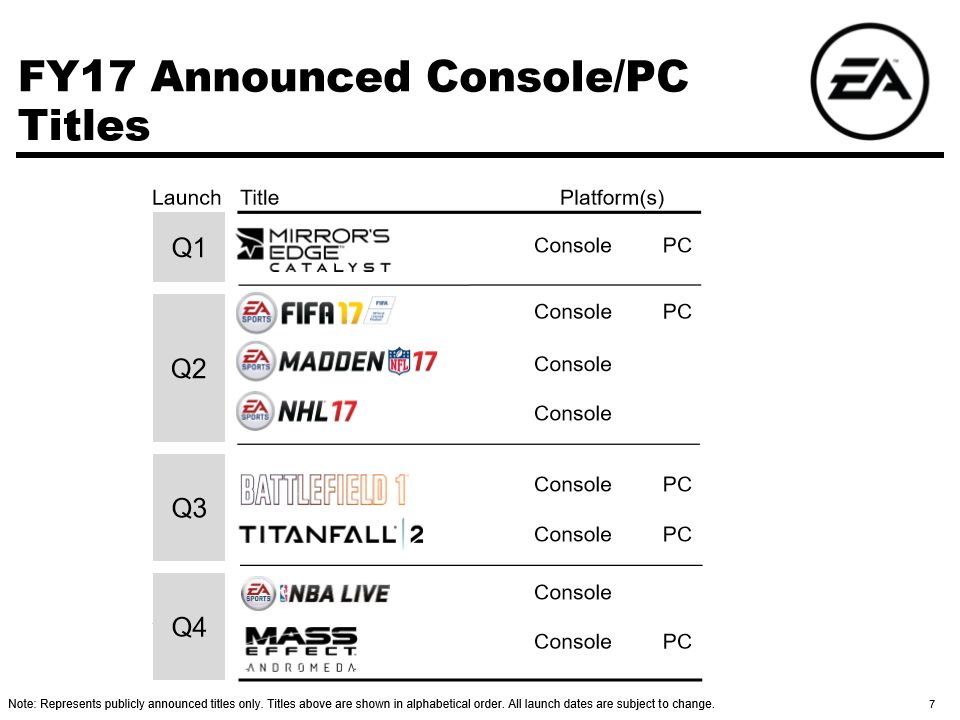 Titanfall 2 has already seen launch troubles, owing primarily due to conflict with the launch of Battlefield 1. Both games are first person shooters. While Titanfall features a less tactical and faster paced gameplay than Battlefield, releasing a game from the same genre has led to direct competition between the two and disappointing sales for Titanfall. It will likely see increased figures over the quarter, though perhaps not as high as hoped.

One further issue will be direct competition from other companies. The largest release to come will be Activision Blizzard (NASDAQ:ATVI) with Call of Duty Infinite Warfare in two days time, direct competition to both of EA's two large releases of the quarter. Further competition for consumers money will come from large-name releases like Football Manager, Pokémon Sun and Moon, Final Fantasy XV, Dishonored 2, Watch_Dogs 2, Dead Rising 4 and The Last Guardian.