For all of you guys and gals out there that enjoy your MMO within the context of Tamriel, you can rejoice because Update 6 to Elder Scrolls Online has been released. And with it comes a few key changes. 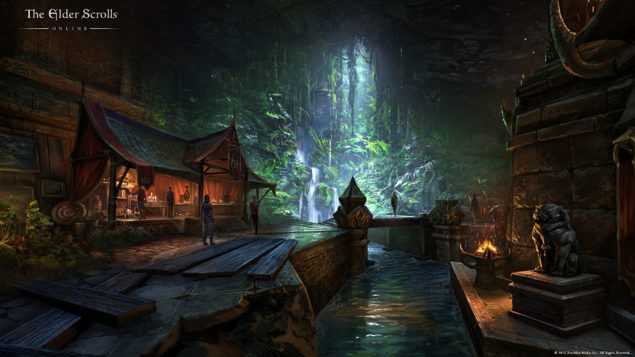 Elder Scrolls Online Update 6 is now live, and brings with it many changes.

They've added a number of changes, outlined below, but there are two large changes that can help to add a new dynamic to the game once you've reached Veteran Ranked status.

First on the list of the key changes made to the game is the introduction of a Justice System. As we already know, one can choose to become a dashing and daring criminal within the world of Tamriel, stealing and murdering your way to becoming a most famous individual. But now there is an actual justice system in place that will seek to punish you if your crimes are witnessed. Also, upon committing any crime, a bounty may be put on your head, further spiting your chances at easy crimes. There are three different levels to the bounty system.

Living beneath the law also has the consequence of making your loot a bit harder to get rid of. One can certainly fill their own home with severed heads and bodies and the like, but if you want to move that loot, you have to find the appropriate outlet that actually transacts with criminals.

As always, be careful if you want to travel this path.

The Champion System allows progression past the main story.

The second big change is the introduction of another system, the Champion System. This system is available to all Veteran Ranked characters as a way to progress once the main story is complete.

Champion Points can be earned periodically and then spent on Champion Passive abilities within the Warrior, Mage or Thief constellations. Apparently these will be very powerful passive abilities. 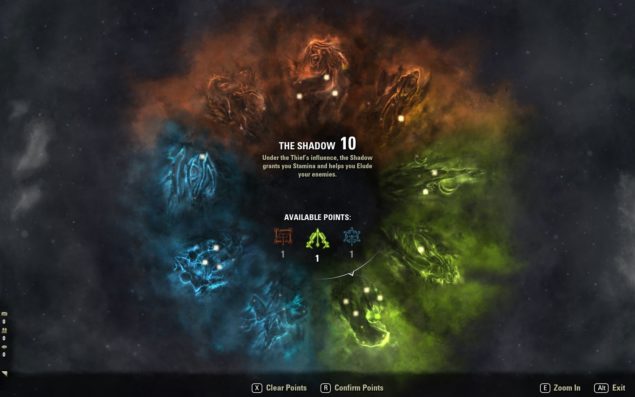 Also introduced is an Enlightenment system, something that is earned over time, whether logged in and actively playing or not, that increases the amount of Champion Points that you earn.

Whether or not this can revitalize the game, it's uncertain. They are, though, rather committed to bringing a good experience to their world and inviting more players. I believe that Bethesda is also looking at a free-to-play model to help bring an even larger player base. Does this mean that it might cheapen the Elder Scrolls Online experience? That's to be determined I suppose.

Perhaps the release on the Xbox One and the PlayStation 4 will also help. I always enjoyed the previous installments and expect this game to at least have a measure of fun and creativity in it.

As of 10:30AM EST the North American servers are down as they apply patch 1.6.6. European megaserver is due to be patched at around 2:00AM GMT on Tuesday. Details are as of yet unannounced, but will be available once they're done patching.