The Elder Scroll's Online certainly isn't one of the popular MMO's out there. Not by a long shot. It missed the mark for historical Elder Scroll's universe lovers by quite a margin probably being one of the more disappointing experiences to date. From past articles, it doesn't seem to get much love around here either. But Bethesda Softworks is looking to relaunch their title tomorrow as Tamriel Unlimited to regain a foothold. 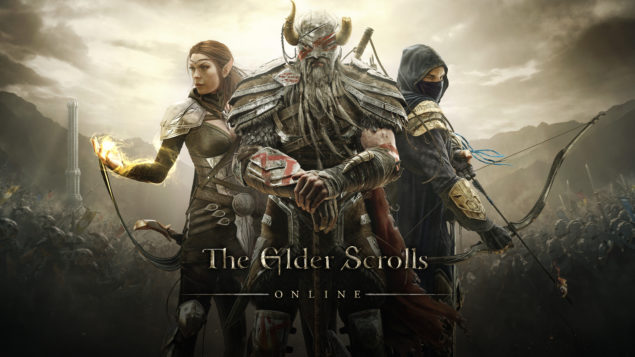 A new trailer was found that details some of the features to expect with the new re-branding.

Oddly, the video isn't posted on Zenimax Online Studios' own official website, so this could theoretically either be recorded via other means or even not legitimate at all. That said, there are a number of things that appear in the video that aren't currently in the game world.

The change in name to Tamriel Unlimited also coincides with the transition into a free-to-play model. Though you have to still make a one-time purchase of the game material, but there is no monthly subscription fee anymore.

Veteran Dungeons will be continued, of course, and there will be the introduction of the Dragonstar Arena which is a sort of gladiatorial arena that pits 4 players against each other in a bid for survival. In addition, they promise an improved campaign story to be following along, so that those that want a good single-player experience will get that as well. One of the main points that draws a lot of people to the Elder Scroll's universe is the astonishing story-telling style, so this is good news.

The graphics front should bring us better facial animation and more diverse and poignant weapon animations.

All around it seems as if Bethesda Softworks and Zenimax Online Studios is making a concentrated effort to revitalize their brand by renaming and hopefully completely relaunching it in some peoples eyes.

Regardless of the authenticity of the video, it does indeed outline some of the changes that Bethesda wanted to make to their Elder Scroll's Online: Tamriel Unlimited update, and it's great to watch. So head on over and check it out below!

Look for this to come into effect Tuesday March 17th 2015. The PS4 and Xbox One editions are still on track for their June 9th 2015 release as well.