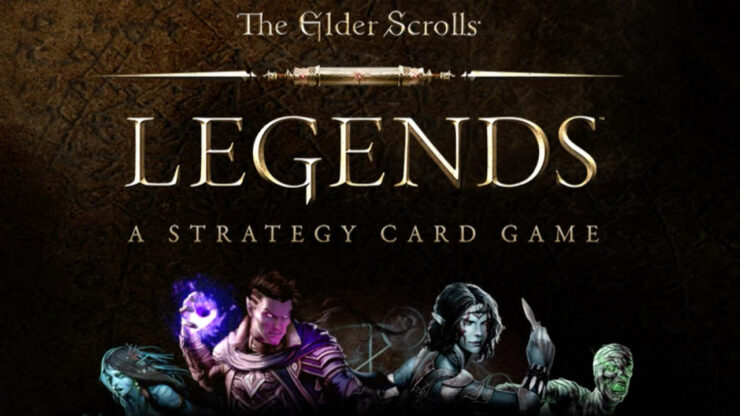 Bethesda just announced that the game is now in Open Beta, so if the preview gets you interested about The Elder Scrolls Legends you can just download the Bethesda Launcher and give it a try on PC.

Blizzard's Hearthstone took the digital Collectible Card Games world by storm, becoming a huge success in a rather short amount of time. The game isn't the first CCG ever created, but it did manage to make them more popular than ever, prompting other developers to create their own game in the attempt to carve their own space into the niche. Among them are Bethesda and Dire Wolf Digital, who have been working hard on The Elder Scrolls Legends, a CCG set in The Elder Scrolls universe. Anyone with a little experience in similar games won't fail to notice the similarities with other games, but The Elder Scrolls does have some interesting mechanics that can set it apart from the competition, and maybe even allow it to rival the monster that is Hearthstone.

At the most basic level, The Elder Scrolls Legends core mechanics don't differ much from other CCGs: players start with 30 hit points and a low amount of mana, called Magicka, which is required to deploy creatures on the battlefield. Creatures come with their own unique stats such as life and attack power, and can be used the turn after they're deployed to attack other creatures or the opponent, not counting cards with the Charge ability. The moment the player tries to deploy its first creature, it's clear how The Elder Scrolls Legends is definitely trying to do something different, as the battlefield is divided into two different lanes. This mechanic adds a layer of strategy not found in similar games, as players will have to think how to divide their forces in an effective ways. The lane mechanics are further developed with Shadow lanes, which make a deployed creature invincible for the first turn, allowing for even more diverse strategies.

As in other CCG, cards in The Elder Scrolls Legends can come with special abilities that make them even more valuable, such as Guard, which prevents opponent's creatures to attack any other creature placed on the same lane or the player, Summon abilities, which are activated at the moment the creature is deployed and many others. While most of these abilities are almost identical to abilities found in other games, there are a few ones that are unique to The Elder Scrolls Legends, such as the ability to increase and restore health, or Breakthrough, which deals residual damage to the player if an attack exceeds the remaining health of any creature.

While most of these features may just feel like a slight variation of typical CCGs mechanics, there are a few other things that will definitely allow The Elder Scrolls Online to stand out from the competition. Among them is the Rune system, which awards players an extra card each 5 hit points lost, adding a comeback factor that can keep both players always on their toes. Prophecy is another mechanic which makes the comeback factor even more prominent, as these special, and quite useful, cards can be played for free if picked when a Rune is lost. Their effects can really make a difference when a match is going badly, so some players may even want to build their deck around Prophecy cards, if they are feeling particularly lucky. 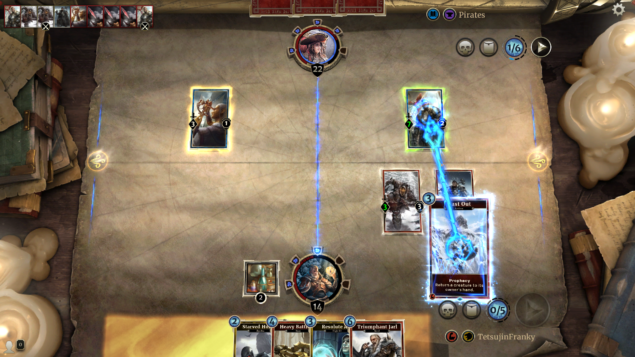 Deck building is another feature which has the potential to set The Elder Scrolls Legends apart from other games, with what seems like a higher degree of freedom. Decks in the game can only include cards of one or two colors, in addition to neutral cards, with different colors representing different play styles of sorts. If balancing is done in the right way, it may be possible to see a bigger variety of powerful and viable decks, and not just a couple of very powerful ones. Unfortunately, this huge amount of possibilities might feel a bit overwhelming for those who never played a CCG before, but the game thankfully does a good job in introducing players gradually to its inner workings with a nice single player campaign that's surprisingly good.

The Elder Scrolls Legends' single player campaign is definitely among the most interesting features of the game. The story is set in the The Elders Scrolls universe, so long time fans of the series will surely love how the lore is used in it. In true RPG fashion, players will also be forced to make some moral choices during it, having the chance to obtain different bonuses in the process. A leveling mechanic is also included in the main campaign, allowing players to obtain level up bonuses, making playing through worthwhile for all types of players, since the bonuses are especially important for those who want to have a winning chance in the multiplayer mode without spending any real money. 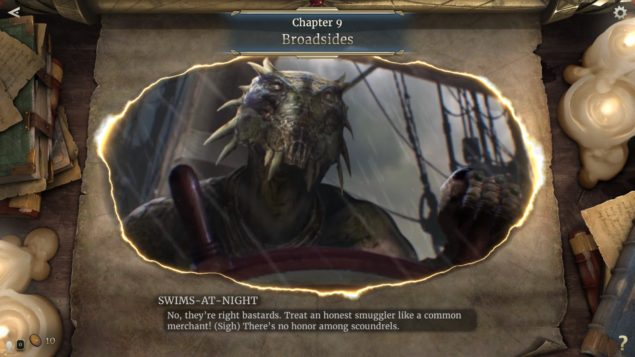 The Elder Scrolls Legends multiplayer portion works decently for the most part in the beta, with matchmaking requiring less than 10 seconds to find an opponent most of the times. If no opponents are on hand, players can also enjoy a sort of draft mode in the Arena, with a surprisingly competent AI that can make it quite challenging, making this mode very good practice.

Everything considered, I have enjoyed my time with The Elder Scrolls Legends closed beta quite a bit. There are still some bugs to fix and plenty of balancing to be done, but if the team manages to improve on these foundations, The Elders Scrolls Legends may have what it takes to rival Hearthstone. The real question is if players are willing to invest time and money in two different CCGs at the same time, but the potential is there to at least reach out to the Elder Scrolls fan base and those who aren't exactly CCGs experts, as the game is as welcoming as it gets, despite the fact that it might feel a tad overwhelming.

Hearthstone: The Boomsday Project – Our Most Anticipated Cards