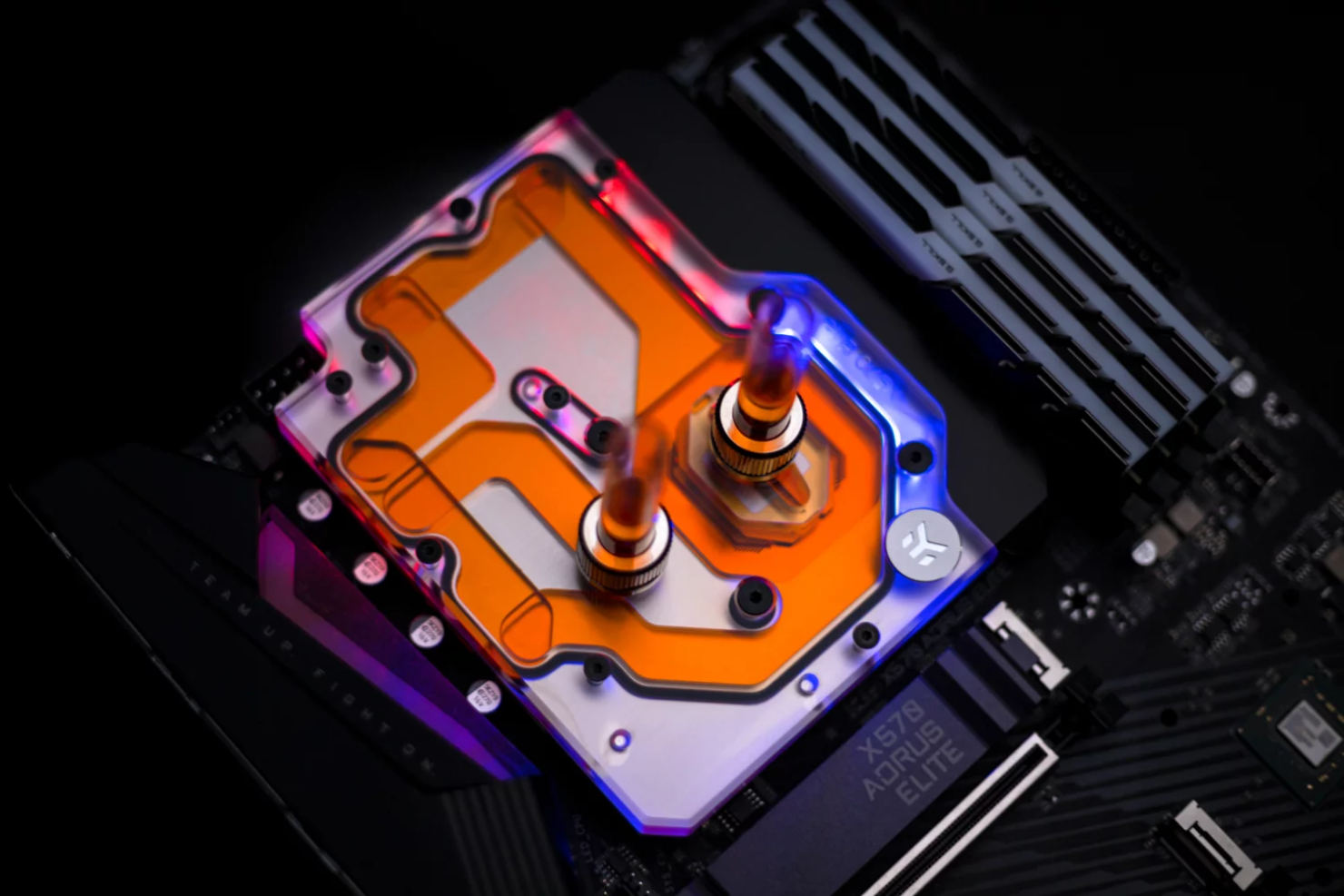 This monoblock uses the latest generation of EK cooling engine used on the Quantum Lineup to ensure the best possible CPU cooling while not reducing flow to other components. This water block directly cools the AM4 CPU, as well as the voltage regulation (MOSFET) module. Liquid flows directly over all critical areas, providing the enthusiasts with a great solution for high and stable overclocks. 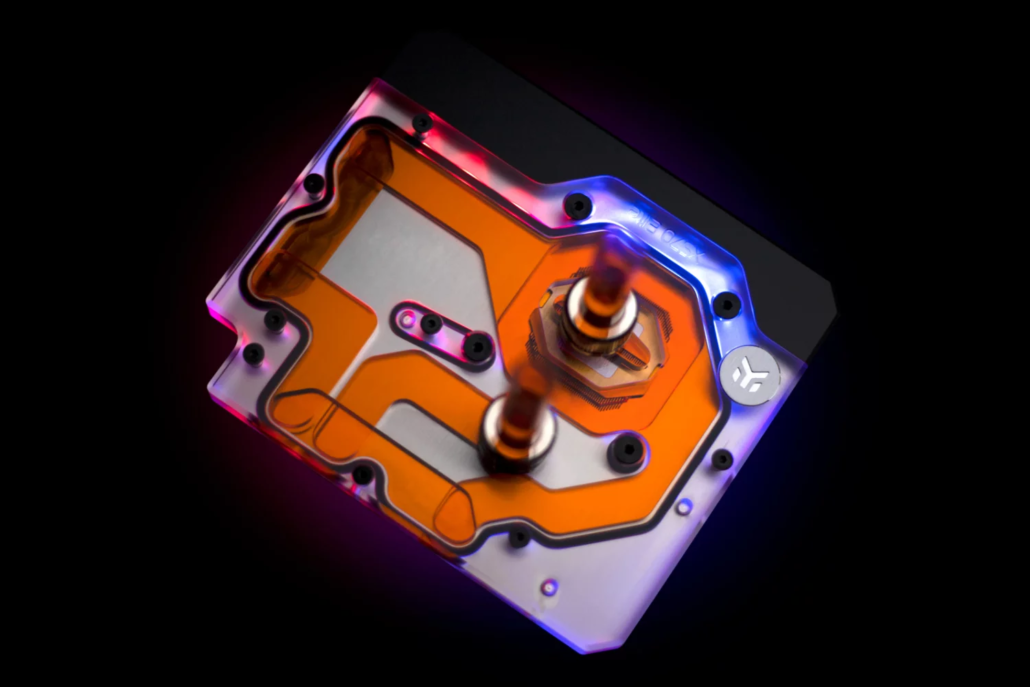 The base of the monoblock is made of nickel-plated electrolytic copper while the top is made of quality acrylic glass material. The nickel-plated brass screw-in standoffs are pre-installed and allow for easy installation. The block is already equipped with 3-pin 5V Addressable D-RGB LED strip which is compatible with the motherboard 3-pin 5V Addressable D-RGB LED header. The arrow marking on the 3-pin LED connector is to be aligned with the +5V marking on the addressable D-RGB header.

EK-Quantum Momentum Aorus X570 Elite D-RGB monoblock is made in Slovenia, Europe and is readily available for pre-order through the EK Webshop and Partner Reseller Network.  This Quantum Line monoblock will start shipping on the 24th of November 2019.  The price of it is currently $154.99.