I spent some time at the bigger sights Rezzed had to offer doing some red carpet chats with John Carmack and David Braben as well as talking to Creative Assembly about Total War: Warhammer which is coming soon, but now we get to the meat of Rezzed and for this article, I had a play around on Syndrome and a chat with the boys from Camel 101 who are making this great survival horror.

Syndrome is something that I hold very close to my heart. It takes me back to the early days of Alone in the Dark where I first experienced what it was like to be scared by a videogame. Well, I loved those experiences back then and have also loved more recent games such as of course the incomparable Alien: Isolation.

Syndrome is an easy to get into and hard to get out of first person survival game. During the chat with the devs, I made the mistake of referring to it as an FPS and was immediately corrected. There are weapons here, but ammo is scarce and fighting is not the objective of the game. I was referring more to the controls for the game which are standard WASD FPS type controls but the game is definitely NOT an FPS. 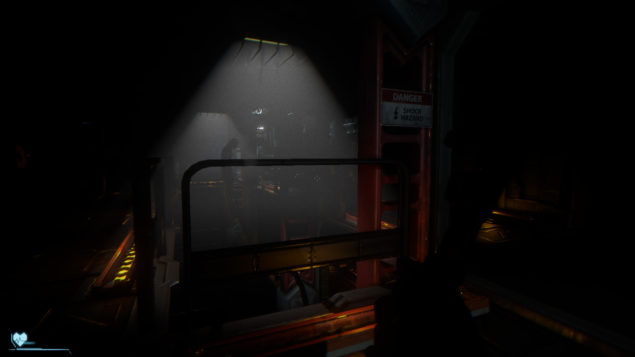 What it is, is an atmospheric and enjoyable take on the survival horror genre that has a fresh feeling about it. The interface is slick, controls are responsive and it has you genuinely nervous as you walk around corners at what you may come across. I also witnessed some nicely gruesome touches in the game which I won’t spoil for you, but suffice it to say that this isn’t the kind of game parents are going to be wanting their younger kids to play.

The game has a very fun take on the find out what’s going on, solve problem, escape the monster(s) (and occasionally die) scenario and that’s testament to the effort which the team have put into it.

Find out more about it here.

Boris, Ricardo and Bruno (Ricardo’s brother who isn’t at the show today) make up Camel 101 working from their homes of Croatia, Portugal and the US respectively. The guys all work remotely and come together a few times a year to present at game shows.

W: Thanks for meeting me guys! As I mentioned earlier that I thought it was like an FPS game and you immediately corrected me, why don’t you tell me a bit about the game?

C101: We wanted to create a game inspired by some of the old classics because lately horror games all follow the standard formula of just running from the monster and hiding. The player in Syndrome can of course choose if they want to fight or be stealthy.

There are of course many parts of the game where the player can fight or throw things to make noise and distract the monsters but ammo is really scarce so you have to be careful.

W: So you’ve made an effort to have some varied gameplay, what else?

C101: Well we’ve also made a big effort to put a good story in. When the game starts the player really has no idea about what’s going on here, a slow start and get you into the mood with some hints to build up to getting really scared.

You’ll also meet different characters and they’ll tell you different versions of the story so the player won’t know who is telling the truth or lying and you have to think for yourself to figure out the story rather than just having it fed to you. 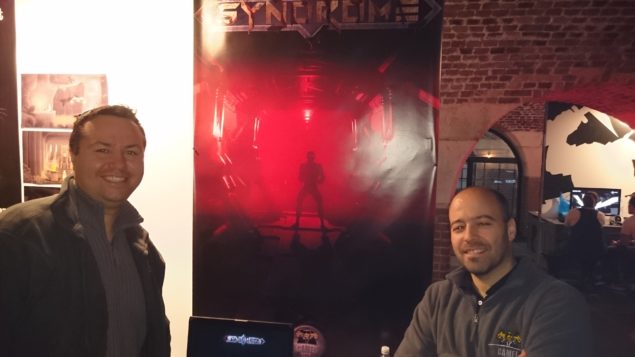 Boris and Ricardo from Camel 101

W: And you mentioned Resident Evil as some inspiration…

C101: Yep, we’re big fans, we also love some of the older games too like System Shock was a big hit and also remember Amnesia for really kick-starting the genre again.

W: Ok, so the game has been in development for…

C101: Almost 2 years ago initially as more of a tech demo, about 18 months of developing the real game. There are three of us who are the core team, but we also rely on some outsourcers to do sound effects, music, voiceover etc but the core of the game is the three of us building it on Unity 5.

W: The game itself is coming out when?

C101: We expect to launch this summer on Steam, it was greenlit a while ago. It will be cross platform with Mac and Linux too as well as current generation consoles although it’s another company who will be porting it to PS4 and XB1. We’re aiming the game at about $24 with an average experience taking probably 10+ hours or so depending on how much content you want to experience.