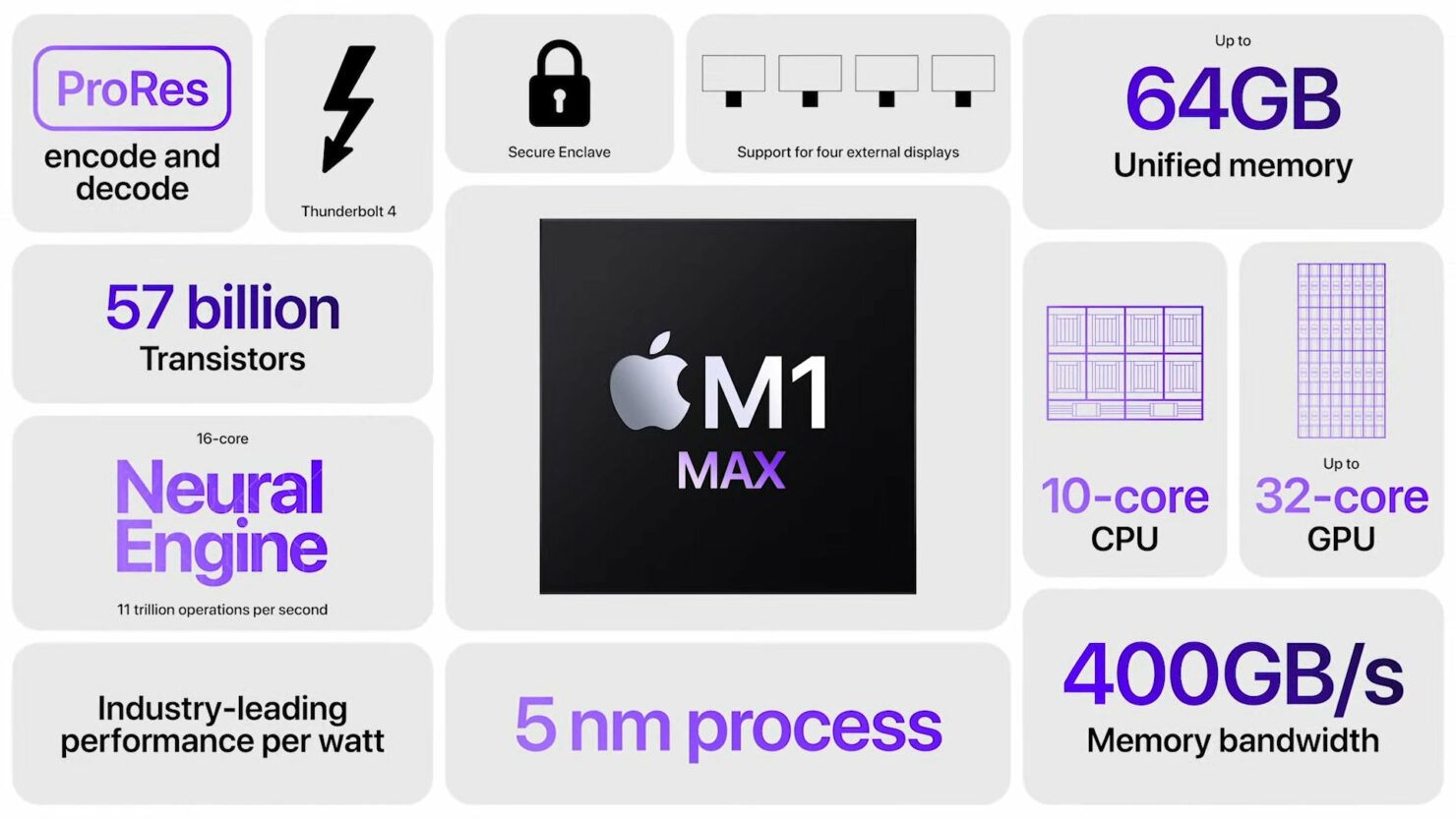 Apple announced its 14-inch and 16-inch 2021 MacBook Pro models recently and the company introduced its most powerful processors on a MacBook. The new M1 Pro and M1 Max chips feature enhanced performance and deliver better battery life on the new MacBook Pro models. Apparently, the first benchmarks for Apple's high-end M1 Max chips have appeared online. Scroll down to read more details on the subject.

Apple's high-end M1 Max chip in the new 2021 MacBook Pro features a 10-core CPU and 32-core GPU. According to the M1 Max benchmarks that appeared online, the chip features a single-core score of 1749 and a multi-core score of 11542. To be exact, the multi-score is double the amount as that of the M1 chip on the 13-inch MacBook Pro models.

The M1 Max benchmarks show that Apple's upcoming 2021 MacBook Pro models will be quite powerful than all previous models. In terms of competition, Apple's M1 Max benchmarks are on par with the late 2019 Mac Pro which is equipped with Intel's 12-core Xeon W-3235. Moreover, the new chip does not outperform the Mac Pro and iMac models which are equipped with Intel's high-end 16 to 24-core Xeon chips. 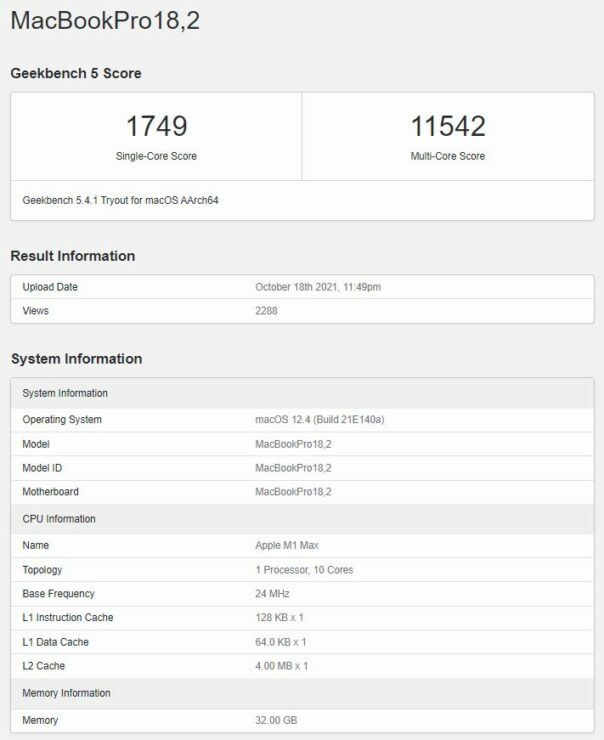 As can be seen in the benchmarks, the MacBook Pro model with M1 Max chip is running macOS 12.4. Moreover, Geekbenc's John Poole believes that the M1 Max benchmark results are the real deal. Poole initially stated that the frequency estimation was creating issues. However, it could be an issue with Geekbench and not something related to the processor, Nonetheless, the early benchmarks show impressive performance, and potentially we will see more details on it.

As mentioned earlier, there will be more Geekbench scores for the M1 Max and M1 Pro in the coming days. The new M1 Max and M1 Pro MacBooks will be arriving at customers next Tuesday. This is all there is to it, folks. What are your thoughts on the benchmarks? Let us know in the comments.