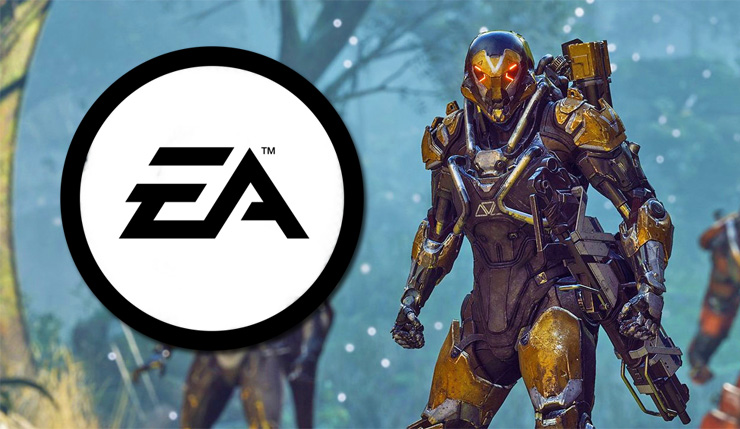 A Mass Effect Size Hole in the Release Calendar

Q1 2019 being down compared to the year previous can mainly be attributed to a buyback of 2.3 million shares at a cost of $300 million and the fact that Q1 2018 included the release of Mass Effect: Andromeda. While Andromeda has since been branded a failure, it did initially sell well, moving around 2.5 million units in its opening quarter. The only major game released by the company in Q1 2019 was the EA Originals title A Way Out, which sold 2.6 million units, but at a lower price point than Mass Effect.

It wasn’t all bad news in Q1 though – a number of business indicators were actually up. FIFA 18 and The Sims 4 continue to bring in the big bucks, bumping year-on-year live service net bookings for the quarter up 7 percent to $450 million. EA also launched FIFA Mobile in China, which is sure to be a major money-maker.

Unfortunately, EA failed to drum up much excitement for Q2 2019. The company expects revenue of around $1.27 billion (down $55 million from their previous prediction) and net income of $150 million. Earnings per share are expected to be $0.48, which is below the $0.58 analysts were hoping for. EA’s less-than-impressive Q2 outlook has caused the company’s stock to drop 6 to 7 percent as of the writing of this article. 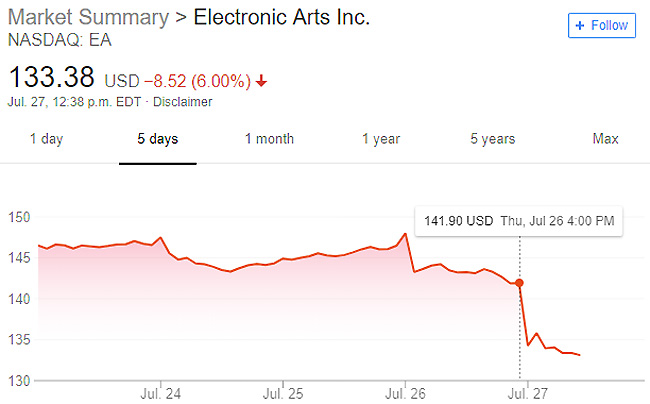 Q2, which runs from the beginning of July until the end of August, will see the release of EA’s full slate of new sports titles, including Madden 19, FIFA 19, NBA Live 19, and NHL 19, so it’s not entirely clear why EA’s outlook is down. The winding down of Battlefield 1, which released the major In the Name of the Tsar expansion in Q2 last year, is at least partly to blame. 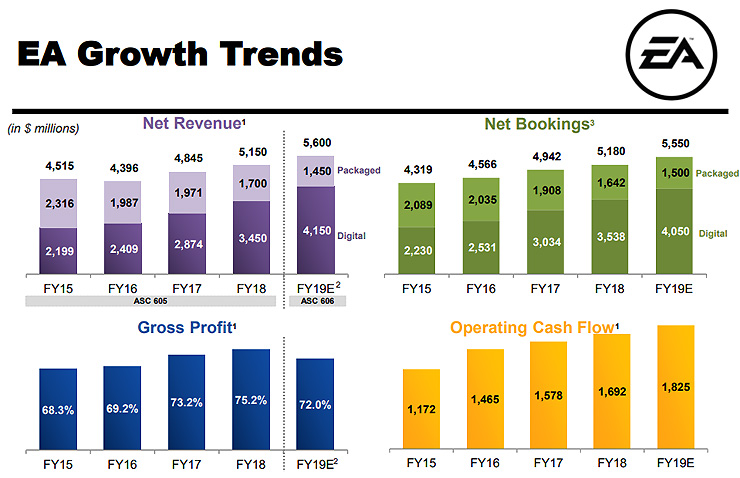 Looking ahead, EA is still forecasting revenue of $5.6 billion and net income of $1.11 billion for FY 2019, and there’s every reason to believe they’ll hit that goal. They have Battlefield V coming in Q3 and BioWare’s next big thing, Anthem, coming in Q4. Anthem’s long-term prospects are somewhat of an open question, but the game is sure to sell well at launch. EA also looks to boost its subscription revenue with the launch of Origin Access Premier, which will give players unlimited access to new EA titles.

Casting his gaze even further down the road, EA CEO Andrew Wilson promised plenty of new games and IPs are in the works for FY 2020 and beyond…

“Creativity moves quickly, and we constantly keep focus on our players. New IP and fresh new experiences are our lifeblood. In addition to amazing games coming this year like Battlefield V, Anthem, our latest EA SPORTS titles and Command & Conquer: Rivals, we have new IP development for all platforms. Across EA Worldwide Studios, Respawn is developing Star Wars Jedi: Fallen Order for FY '20 along with another new project in the pipeline. Motive is developing new IP, our mobile studios are working on several new titles, and we have more projects underway. At the foundation of every experience will be choice, fairness, value and fun that ensure we are delivering for our broad and diverse player audience.”

EA may be stuck in the doldrums now, but the release of Battlefield V and Anthem should be the strong breeze that gets things moving again. Furthermore, some of the problems that have beset EA in recent years – trouble within BioWare, negative reaction to loot-box-based monetization schemes – may largely be behind them. Again, Anthem remains a question mark, but if the game turns out well, it looks like smooth sailing ahead for EA.