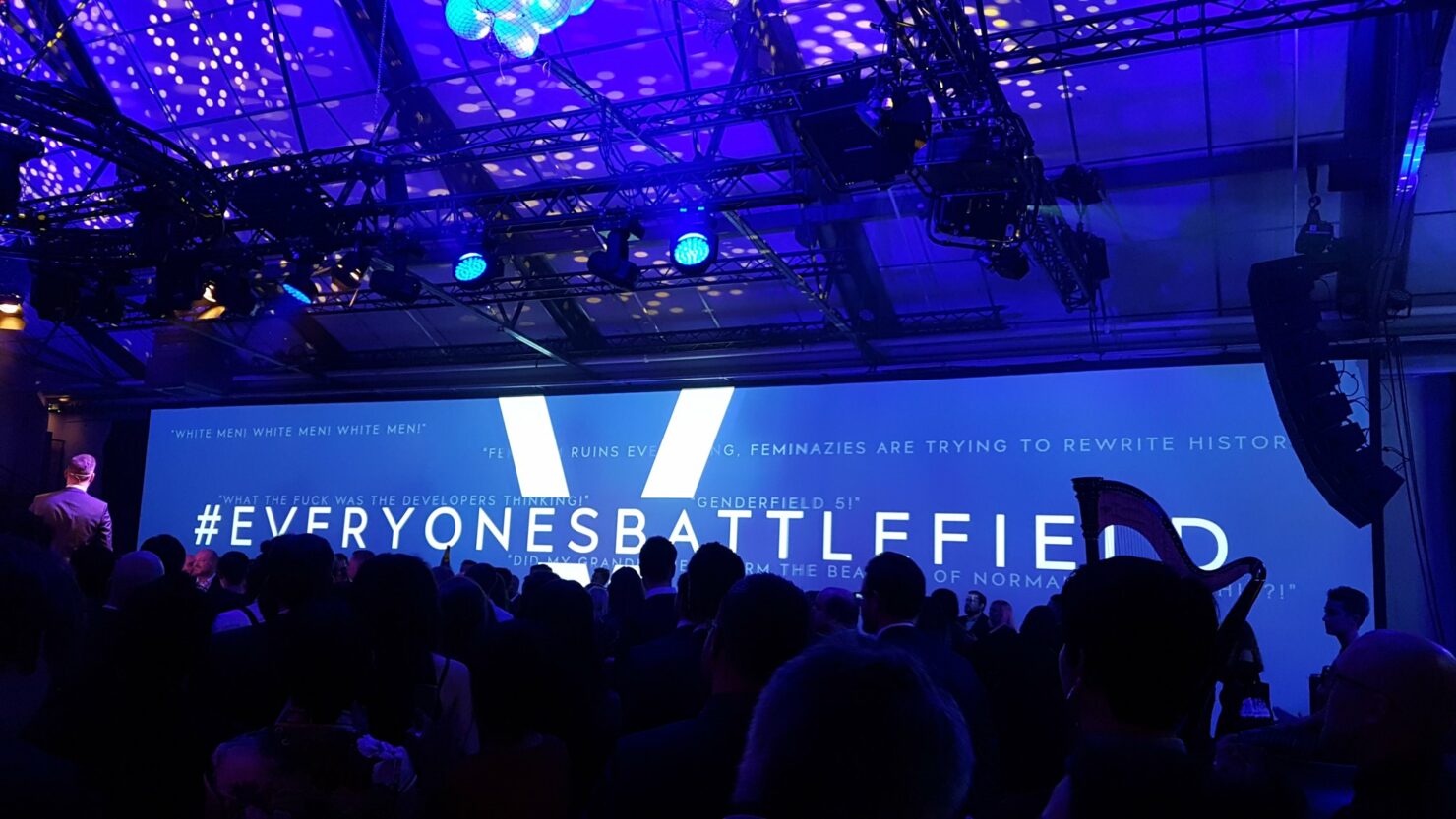 It appears that publisher EA is mocking the complaints from the community about the historical accuracy of the recently released Battlefield V.

EA DICE’s decision to use a woman wearing a prosthetic limb fighting on the front lines in WWII as marketing for Battlefield V didn’t sit too well with the Battlefield community. After many questions and complaints, former EA executive Patrick Söderlund said that “Battlefield 5 is a lot about the unseen, the untold, the unplayed”. He added that, “the common perception is that there were no women in World War 2. There were a ton of women who both fought in World War 2 and partook in the war.”

Söderland later implied that those complaining about females in Battlefield 5 are “uneducated,” and that “they don’t understand” a plausible scenario.

Now an image from the game’s launch event in Sweden has surfaced on Reddit which shows various negative quotes from the community about the inclusion of female characters in the game, and it appears that EA is trying to use the negativity around Battlefield V as a marketing tool.

What are your thoughts about this banner from Battlefield 5’s launch event? Hit the comments below.

Battlefield V is available globally now for PC, PlayStation 4 and Xbox One.

“With Battlefield V we set out to build the best playing game in the franchise’s history. Few other games are able to provide the kind of amazing and unscripted moments you experience in Battlefield, like pulling off crazy stunts in a plane while flying through a blown-up bridge as tanks and soldiers battle it out on the ground. The team here at DICE can’t wait to see what Battlefield V becomes in the hands of our community,” said Oskar Gabrielson, GM at DICE. “We have also set out to create a game that will grow and evolve over time, and we’re going to keep tinkering with the gameplay, and provide new experiences to our community for a long time to come.”