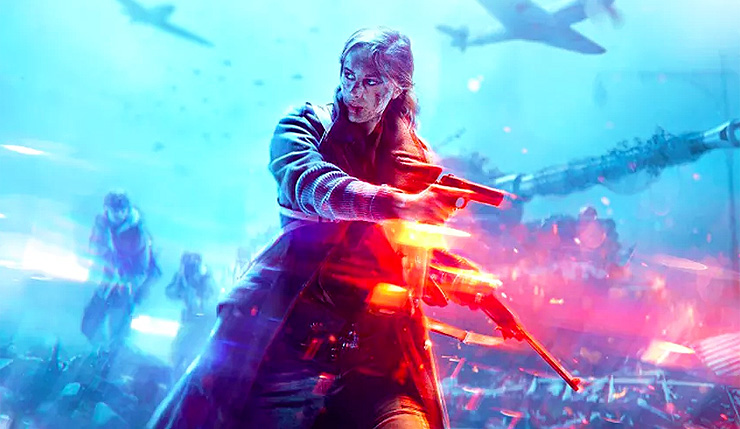 The first trailer for Battlefield V made it clear EA and DICE are taking a rather different approach to World War II than grim ‘n’ gritty competitors like Call of Duty: WWII. The trailer featured plenty of over-the-top action, crazy explosions, jeeps and planes raining from the sky, and, yes, a female character. Since this is 2018, the latter has divided the gaming community along predicable lines. The online rabble has become so loud, DICE general manager Oskar Gabrielson took to Twitter to address the #NotMyBattlefield complaints:

It's been two days since the reveal of Battlefield V so I wanted to share some thoughts on the reactions so far. It sure seems we created a lot of excitement, and also some questions on a lot of different topics.

First, let me be clear about one thing. Player choice and female playable characters are here to stay. pic.twitter.com/fvi9riUZDM

We want Battlefield V to represent all those who were a part of the greatest drama in human history, and give players choice to choose and customize the characters they play with.

The Battlefield sandbox has always been about playing the way you want. Like attempting to fit three players on a galloping horse, with flamethrowers. With BFV you also get the chance to play as who you want. This is #everyonesbattlefield. pic.twitter.com/jZkzSRjIwL

Real talk time – if EA and DICE were promoting Battlefield V as a deeply-researched, super-realistic recreation of World War II, those complaining about historical accuracy would certainly have a leg to stand on. But they’re not. As evidenced by the tweets above, they’re leaning into the craziness, and have specifically said they’re focusing on “untold” (in other words, mostly fictional) stories. There’s a long history of movies, TV, and video games that tinker with World War II in, shall we say, creative ways. If Battlefield V is unacceptable, you’d better also throw Raiders of the Lost Ark, Hellboy, Inglorious Basterds, Wolfenstein and other fan-favorites on the junk heap.

So yeah, try not to get too worked up, and if realism truly is what you’re looking for, there are plenty of more grounded WWII games out there (I suggest the classic Red Orchestra 2/Rising Storm). And if you’re just upset about the game including women (even though Battlefield 1 already broke that barrier) well, I dunno…maybe try to get out more?

Battlefield V will launch on PC, Xbox One, and PS4 on October 19.