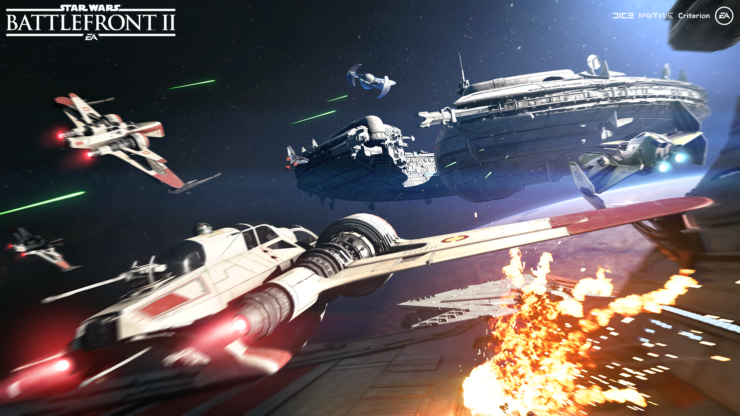 Yesterday, EA issued an SEC filing where it stated that the sudden decision to temporarily turn off microtransactions in Star Wars Battlefront II, after the enormous fan backlash we've been covering at length, will not impact their FY2018 guidance.

On November 16, 2017, Electronic Arts Inc. (“EA”) announced in a blog on its website at www.ea.com/news that it will turn off all in-game purchases for the Star Wars Battlefront II title until further notice. This change is not expected to have a material impact on EA’s fiscal year 2018 financial guidance.

The SEC filing also contains the entire blog post by DICE's General Manager Oskar Gabrielson. If you're wondering why EA felt the need to address this topic with investors, it's worth pointing out that the whole controversy on microtransactions and loot crates reached well within Wall Street.

The statement above is, then, a way to reassure investors that there won't be any significant impact. This is likely because Electronic Arts is planning to reintroduce microtransactions at a later date, though there's no telling yet if those will still be tied to Star Wars Battlefront II's progression or not.

What seems increasingly clear is that Disney had an important role in the U-turn. The company is notoriously protective of its public image and when the backlash hit mainstream publications like CNBC, BBC and countless more, someone decided it was time to step in.

As The Wall Street Journal reports in a subscriber-only article, James Pitaro (Chairman of Disney Consumer Products and Interactive Media) reached out to Electronic Arts on behalf of Disney to express their worry that the controversy was tarnishing the Star Wars brand. This was even more pressing due to the imminent theatrical release of Star Wars: The Last Jedi.

Obviously, we'll keep you up-to-date with any further information on this matter.