Following the news that the beta for Star Wars: Battlefront will be open to everyone, EA Dice has made a new blog post detailing the Hero system used in the upcoming shooter. 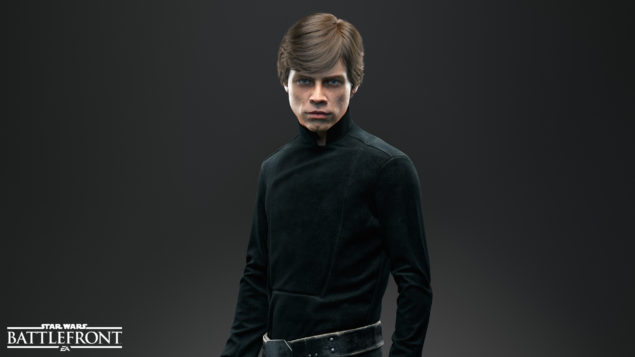 Luke Skywalker, who made his E3 appearance in the gameplay reveal trailer of Walker Assault on Hoth, is one of several playable Hero characters in Battlefront and according to Senior Producer Jamie Keen, fan reactions to Luke entering the battle have been overwhelming.

“Luke crossing Lightsabers with Vader is such an iconic moment”.

In the upcoming Star Wars: Battlefront, Luke will have a look similar to his look featured in ‘Return of the Jedi’ - dark clothes, gloved right hand, and his self-crafted green Lightsaber.

Luke’s movement in Battlefront is powerful and will feature a wide-sweeping, heavy attack with his Lightsaber that can take out large packs of enemies. The iconic Force Push will be used for more distant targets and the Saber Rush allows Luke to use the power of the Force to propel himself for an incredibly fast lightning attack.

According to Keen, the team over at EA Dice wanted to give an average player around two minutes as a Hero or Villain. This time can get extended to 5 minutes, depending on how good the player is. Keen adds that in theory, you could play as Luke Skywalker for a whole match, but that is extremely unlikely.

Star Wars: Battlefront will hit the shelves on November 17th, 2015. Until then, you can enjoy the open beta which will kick off in early October.