Just like Watch Dogs, The Crew is a revolutionary brand new IP by Ubisoft that was first revealed at E3 last month. The game was aimed to be a launch title for the next-gen consoles but it was delayed with out any further proper release date. Almost all racing fans were looking forward to The Crew this year at Ubisoft's E3 2014 press conference, and it looks like Ubisoft did everything it could to not be a pain in the neck for its fans. Finally releasing a batch of important details about The Crew, Ubisoft has announced that the game will be released on PC, PlayStation 4 and Xbox One on November 11, 2014. Beta of the game is already live on the official website. 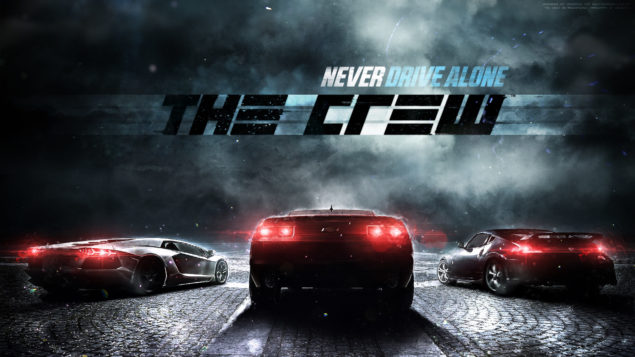 We have some very awesome racing video game titles coming up this year such as Project CARS and Driveclub, but The Crew is a racer that really stands out of the box. Developed with the Watch Dogs' idea that "everything is connented," The Crew never lets you ride alone. Delivering a massive open-world  United States, full of highways, alleyways, dirt roads and more, The Crew is a game that only shows its true colors if played with your best buddies. The game allows you to explore the countryside that is fully populated by other real-life players.

Being developed by Ivory Tower, The Crew is actually an open world semi-singleplayer, semi-multiplayer racing game that is just as connected as Watch Dogs. It is set in an open and persistent world of the digital version of the United States. Just to clear you thoughts on how big the in-game world is, according to the initial details, it takes 90 minutes to drive from coast to coast in the game. The Crew does feature a 20 hours long single-player campaign that allows players to track down and infiltrate criminal groups that roll in their exotic rides all around the in-game world.

(Will be updated once arrives)

UBISOFT: Only We “Can Regularly Deliver Open Worlds”

Unsurprisingly, Call of Duty: Black Ops 3 Takes the Number 1 Spot in the UK