You know times are bad when you find arrogant comments against PC Gaming left by developers in public builds of famous games. But to find out that the 'ultra' E3 2012 graphics of "Watch Dogs" were deliberately turned off just so that Next Gen can look better is a new low.  And that, is exactly what has happened. It turns out that Ubisoft actually gimped the PC Build completely when the 'ultra' visuals would have run on PC just fine. Why? Because Next Gen is all powerful, didn't you know? 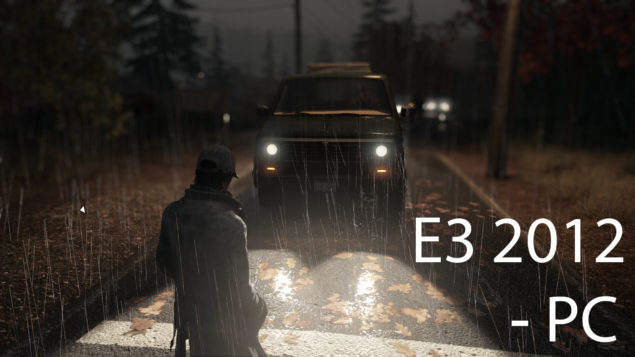 You know, I don't know whats more sad, the fact that they felt the need to gimp the PC Version in the first place or the fact that they left the original effects present, just turned off, in the main "Watch Dogs" build for PC. If you are going to sell the Next-Gen-is-most-powerful-platform stuff, then at least try to make sure you don't get caught? Consoles have their own niches and they do not need justifications of being more powerful than the PC Platform to sell themselves. It should be inherently obvious which the most powerful platform is, from the fact that E3 builds almost exclusively run on PCs. Developers should focus on optimizing the game on consoles rather than trying to prove something that isn't true.

Here is the screen shot taken from NeoGaf Forums  (along with the information given below) that shows the 'super secret E3 mode' values set to 0 by default, all anyone has to do is change them to 1. Now a modder 'TheWorse' has promised to unleash every single effect shown on the original E3 in all its glory and the first test mod is already out over here. So far he has managed to unlock in "Watch Dogs":

I for one would be waiting for updates on this mod anxiously. Did I mention he has managed to unlock the original E3 Explosions as well? I am a supporter and owner of consoles, but these type of antics are unprofessional and frankly a bit silly. "Watch Dogs" has had a very interesting reveal and launch, and I am curious to see where this leads.

Its about time Devs realize that Console Demand and Graphical Horsepower are not mutually inclusive. http://t.co/i7FYWiJ5UL