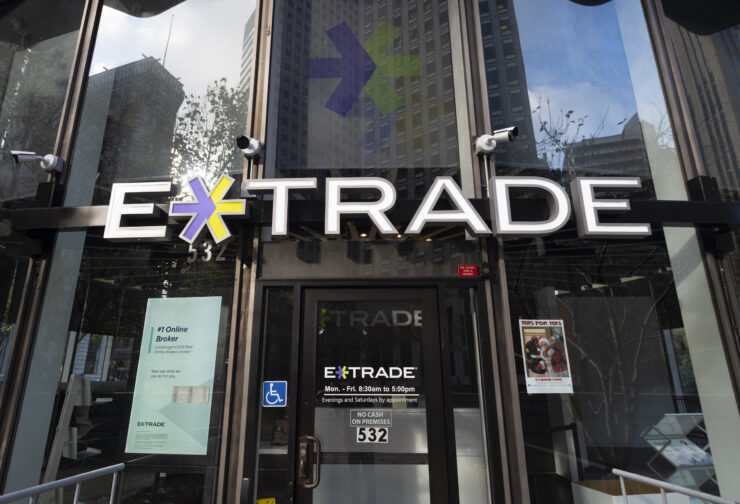 Morgan Stanley (NYSE:MS) is preparing to acquire the retail broker E-Trade Financial Corp. (NASDAQ:EFTC) for $13 billion, according to the reporting by Wall Street Journal.

The all-stock deal – without any cash component – is expected to be announced later on Thursday and achieve closure in the fourth quarter of 2020. According to the pertinent reporting, Morgan Stanley will pay $58.74 a share in stock for E-Trade. If the deal goes through, it will be enumerated as the largest acquisition by a major U.S. financial bank since the financial crisis of 2008-2009.

The move marks the latest salvo in an ongoing consolidation trend that is permeating the entire retail brokerage industry. Startups such as Robinhood have proven to be disruptors for the entire industry due to their elimination of per-trade commissions. In order to compete within this new paradigm, discount brokerages - including E-Trade - have been forced to follow suit, unleashing a consolidation wave in the process.

In October 2019, Charles Schwab (NYSE:SCHW) became the first such retail broker to cut its commissions to zero for online trading in U.S. stocks, exchange-traded funds and options. As revenue from commissions was already declining, the brokerage justified its move as a gambit to attract further client assets in order to plug the resulting revenue shortfall. At the time, Charles Schwab estimated that the move would attract assets of around $800 billion, thereby, allowing the firm to easily recoup $90 to $100 million – about 7 percent of the total revenue – that the firm was earning every quarter through commissions. Of course, Charles Schwab went on to announce a $27 billion takeover of the rival TD Ameritrade (NASDAQ:AMTD) back in November 2019. The move was a vital boon for TD Ameritrade which, unlike Charles Schwab’s hefty interest income, relied rather heavily on trade commissions.

Bear in mind that the acquisition of E-trade makes sense for Morgan Stanley which, along with Goldman Sachs (NYSE:GS), has been expanding its retail business in recent years. As an illustration, Goldman has been aggressively marketing its mass-consumer products such as Marcus – a savings account that offers high yields. Consequently, Morgan Stanley’s acquisition of E-Trade is likely to provide a huge boost for the bank's retail ambitions.

Moreover, E-Trade’s stock is currently at a relative bargain. As an illustration, over the course of the past year, the stock is down 7.25 percent. However, at the start of October 2019 when the firm cut its trade commissions to zero, the stock was down as much as 26 percent.