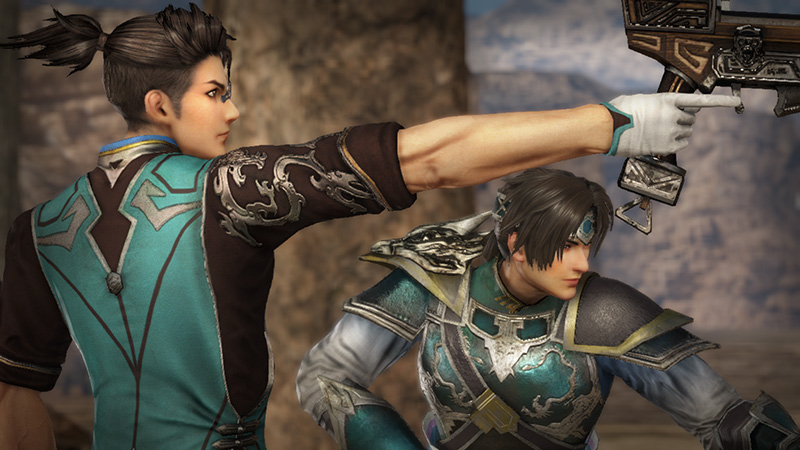 Discover the truth, one turn at a time. Koei Tecmo America announces that Dynasty Warriors: Godseekers will be coming to Vita and Playstation 4 early next year.

Dynasty Warriors: Godseekers unfolds during the chaotic end days of the Han dynasty, when ancient China was overwhelmed by uprisings and internal strife within its imperial court. The story follows renowned warrior Zhao Yun and his close friend Lei Bin, who unwittingly liberate a young girl, Lixia, from a mystical prison. The two friends and the mysterious Lixia then find themselves entangled in a pivotal struggle for the salvation of the world, wherein they must navigate the maelstrom that is Three Kingdoms era China, meet countless great warriors and take part in historic battles. In their efforts to unravel the mystery behind Lixia’s imprisonment, Zhao Yun and Lei Bin uncover a hidden, terrible fate, forcing them to make difficult decisions in a battle that will echo throughout history.

Koei is no stranger to the tactics genre, which they've explored with the early 2000s releases of Dynasty Tactics 1 and 2. There's no information yet on whether Godseekers will have similar city exploration and an evaluation system like its previous predecessors.

Godseekers' gameplay flow looks a lot like Fire Emblem. You select your fighter and move them to the tile closest to an opponent. Once you attack, you're treated to a neat looking combat animation where you hero decimates the opposition. Positioning your troops properly will make or break you.  So be sure not to get hit from behind.

Godseekers will feature appearances of over 60 Dynasty Warriors with franchise favorites like Guan Yu, Gang Ning, and Lu Bu who fight alongside the new heroes.

Dynasty Warriors: Godseekers is due to hit digital store shelves on PS Vita and Playstation 4 January 31st. The screenshots below showcase our three heroes doing their thing.