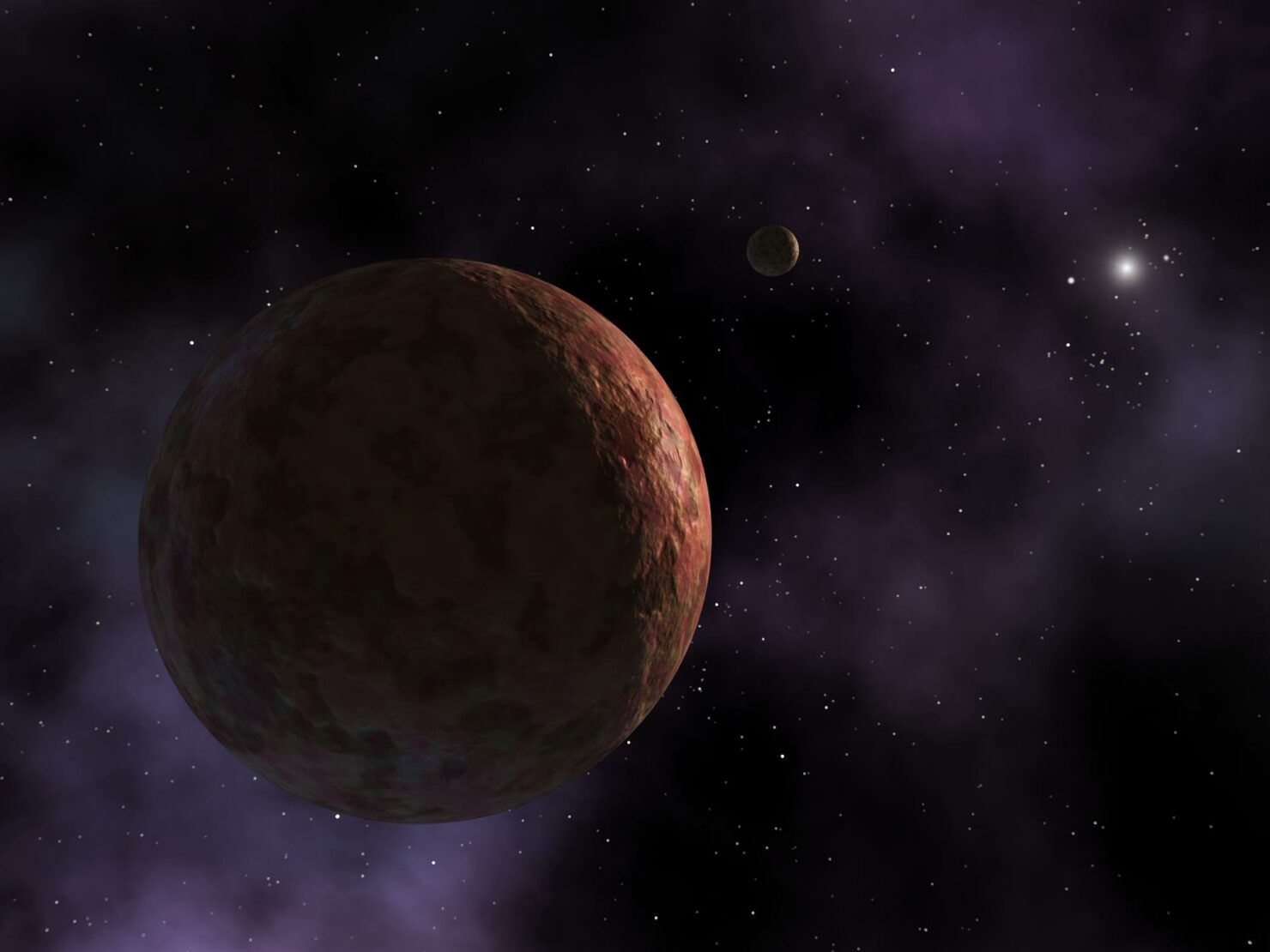 A team of scientists from University of Michigan have discovered a new dwarf planet in our Solar System. The newly discovered planet lurks around 8.5 billion miles away from the Sun and takes about 1,100 years to complete a single orbit around it. The team that discovered this consisted of undergraduate students led by physicist David Gerdes of University of Michigan. For now they have named the dwarf planet as 2014 UZ224 and it will soon join the other five already established dwarf planets in our Solar System; Haumea, Makemake, Eris, Ceres and the famous Pluto.

We’ve got a new dwarf planet in our Solar System

Our Solar System has till now been discovered to have only five dwarf planets named above and this new one might be the sixth addition to the family of dwarf planets. But astronomers think that there could be at least a 100 more such planets in the Kuiper Belt.

2014 UZ224 was identified by the team in a massive map of galaxies that was created by a project called the Dark Energy Survey (DES). All you have to is look at the map and spot something that is moving (I know I make it sound very simple, it’s not!)

"Objects in the Solar System, when you observe them at one instant and then a little while later, they appear to be in a different place in the sky," Gerdes told Joe Palca at NPR.

It took years just to figure out what the team was looking at was a single object. They used specialized computer software for this purpose only.

The discovery of the team has been confirmed by the International Astronomical Union. Now all that’s left is for the union to decide whether 2014 UZ224 does actually qualify to be considered a dwarf planet or not. The diameter of the new dwarf planet is 329 miles and this is the part where it gets tricky because the classification of dwarf planets is fairly new and thus is a little subjective. It is now totally up to the union to decide whether 2014 UZ224 makes the cut or not.

"It's also possible some astronomers might argue that the object Gerdes found is too small to be considered a dwarf planet, but for now, he says the term applies," NPR reports.

With that said it’s still a great discovery and will open the way to more discoveries. Anything that can make the life of the desolate Pluto a little less lonely is a win-win for us. We will keep you updated with all the details, for more information on dwarf planets read here.