Dungeon of the Endless, Rogue Like Dungeon-Defense Adventure, Available Now on iPad

The iPad is a surprising gaming powerhouse, and it's gaming stable is becoming just a little larger with the release of Dungeon of the Endless from the studio that made Endless Space.

Originally released on the PC in October of 2014 Dungeon of the Endless has been reworked completely for the perfect iPad experience. It brings together strategy and RPG's in a dark and dangerous dungeon crawling adventure. You'll have the chance to build and equip your team, gather resources and construct defenses, all while exploring a near infinite number of different dungeons and fighting strange enemies while looking for the planets surface.

“We have worked really hard to capture the essence of the original PC game and bring it to the iPad in a way that reflects the game’s best qualities,” 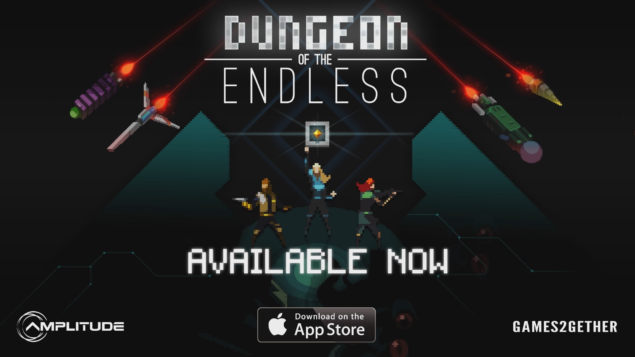 Dungeon of the Endless Features:

Dungeon of the Endless is available on the App Store for $4.99.