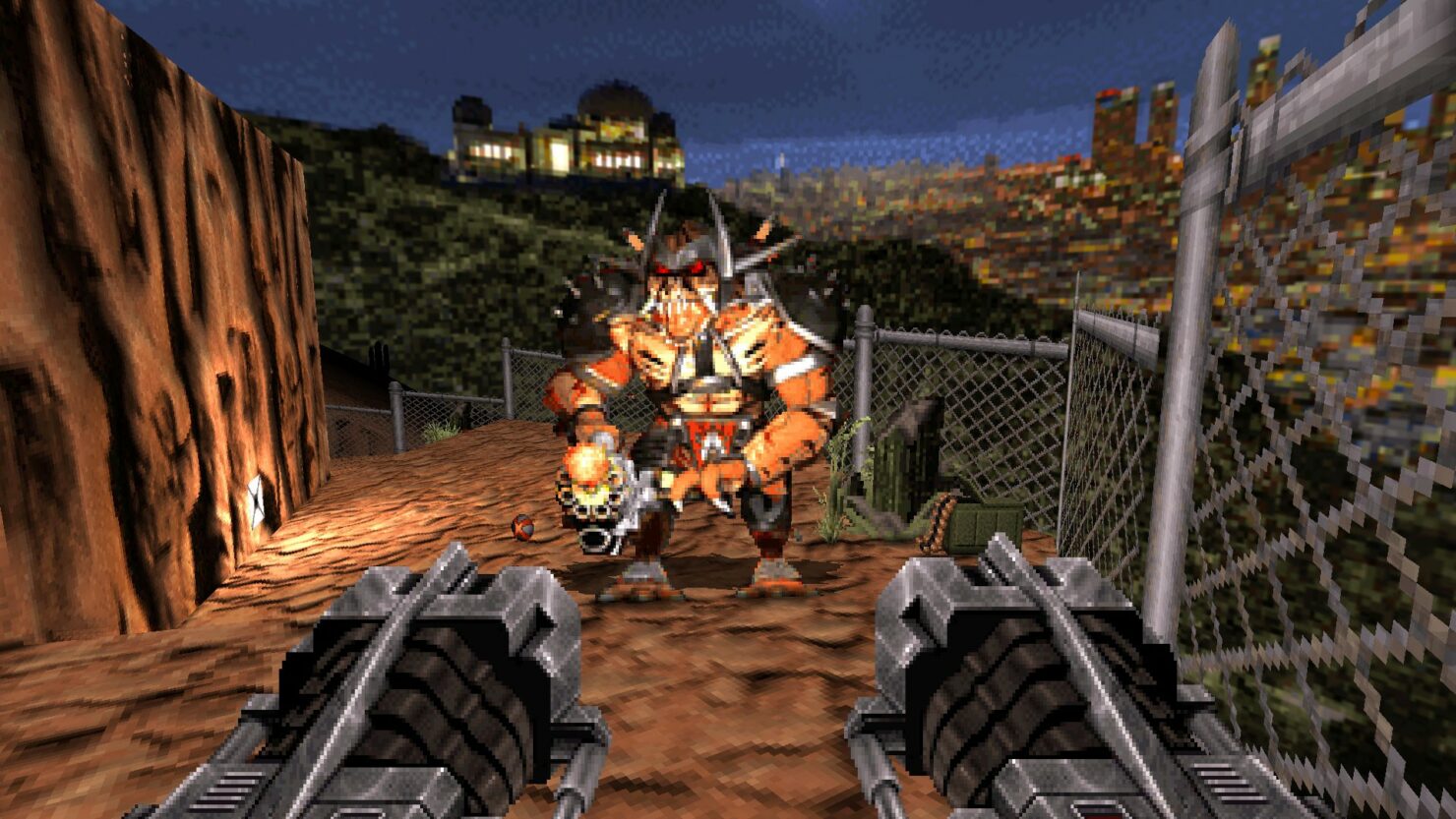 On the official Duke Nukem website, developer Gearbox has placed a countdown timer which is counting down to September 1st. This might indicate that a Duke Nukem 3D remaster will be unveiled on that date.

The website doesn’t provide any additional information, but if recent leaks are to be believed, we’re looking at a redux of Duke Nukem 3D, titled Duke Nukem 3D: World Tour, to celebrate the 20th anniversary of Duke Nukem 3D.

Duke Nukem 3D: World Tour will keep the 2D sprites of the original Duke Nukem 3D, but will feature enhanced lighting effects, and will include new/original content. Down below we have posted some screenshots:

Duke Nukem 3D, was released for PC back in 1996. The game was developped by 3D Realms, and is considered the game that boosted the popularity of first-person shooters. Several ports were released in the years that followed, the most recent version, called Duke Nukem 3D: Megaton Edition, being released for the PS3 and PS Vita back in 2015.