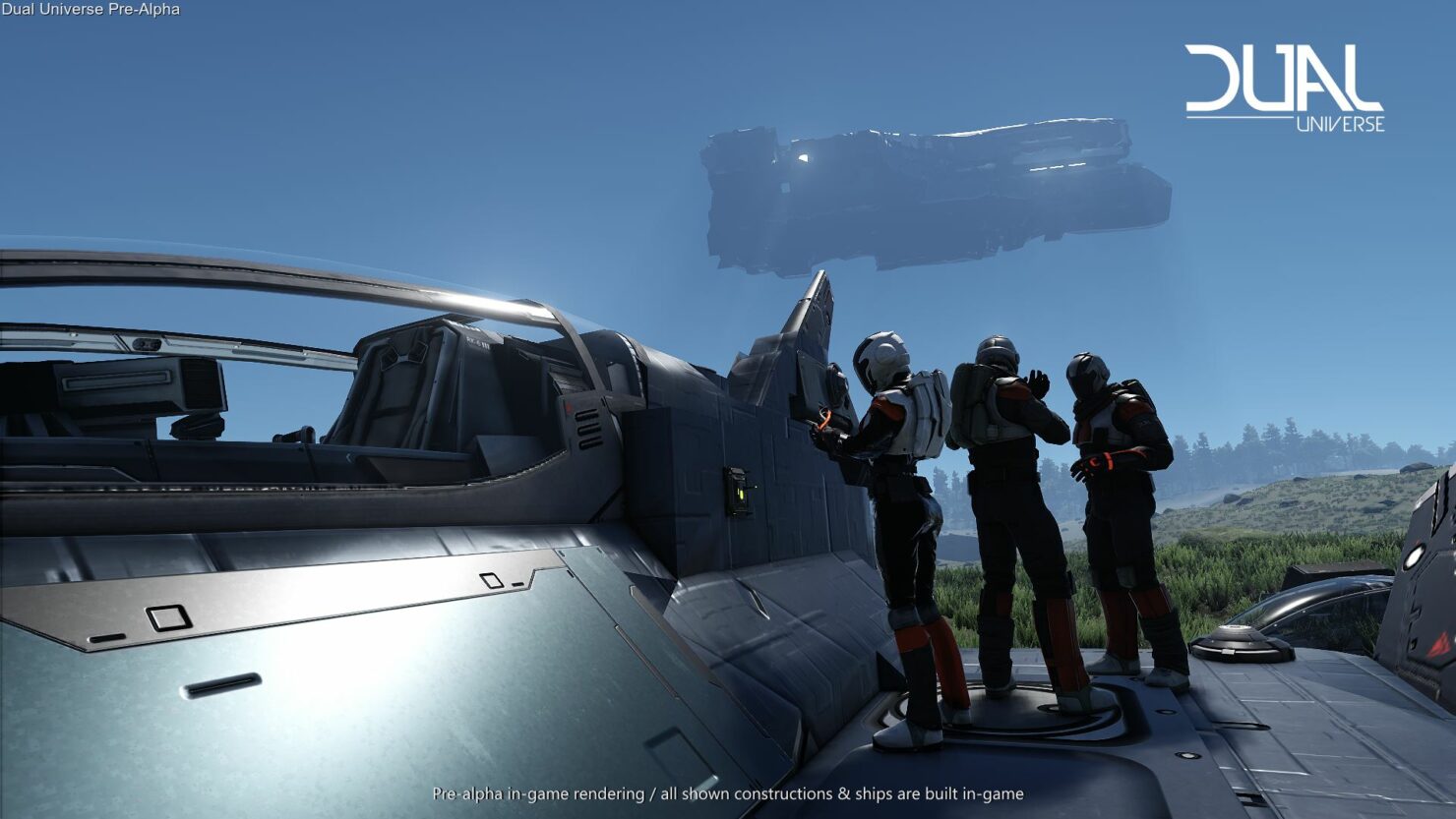 Dual Universe is perhaps the most ambitious game I've seen yet. During last year's Gamescom I had the opportunity to interview Jean-Christophe Baillie, CEO of Novaquark, and came away more than impressed after watching a demonstration.

Well over a year afterward, the game's development is progressing smoothly as a press release today announced that the game reached its public Pre-Alpha stage.

A new statement from Baillie was included in the press release:

Following up our recent global $7.4M mark in fundraising, this public Pre-Alpha milestone is very important to us and our community. Our proprietary CSSC (Continuous Single-Shard Cluster) and voxel engine technologies are now benchmarked for the first time with real players and not just bots. It is truly amazing to think that when you see a moon in the sky, it’s actually there, you can fly to it with a proper spaceship. And you could carve out half of it, given enough time, as the world is entirely editable. Everyone will see it. This kind of giant continuous world experience has never been seen before in gaming. We can’t wait to see what people are going to build over the next weeks.

Dual Universe aims quite literally for the stars with its proprietary CSSC technology, which should theoretically accommodate even millions of people interacting in the same world. That's not all, as the multi-scale voxel engine is meant to allow players to modify the planets, build spaceships, orbital stations and pretty much anything they want to.

In short, the game's vision is to realize Ready Player One's Oasis as the first true virtual online civilization. Will they succeed? It's too early to tell, but I'm rooting for them.

You can find out more about Dual Universe on the game's official website.