Developer Evolution Studios just announced that the long awaited private lobbies, are heading to Driveclub early November. The PS4 racer will also be receiving a braking assist option and more accolades. There are more updates on their way, but those will be revealed later. 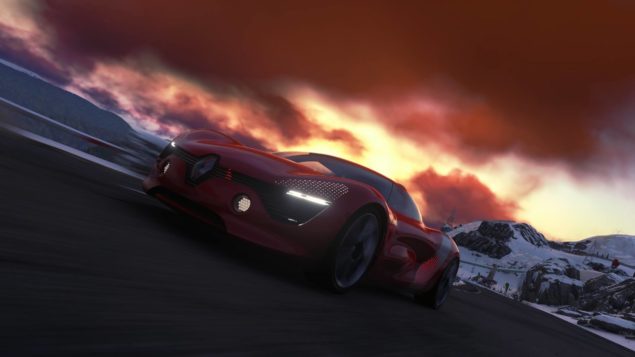 Game director Paul Rustchynsky confirmed this on Twitter earlier today. Back in September, Rustchynsky already announced that private lobbies will be arriving this year. The feature has long been talked about, and from the looks of it, players will finally be able to enjoy the feature in a few weeks.

Private lobbies will follow after the 'big' October update that Rustchynsky confirmed earlier. The game director took the time to reveal some nice details concerning that update. A breaking assist option will be implemented in Driveclub. According to Rustchynsky, this option will help with breaking & cornering points. The game director adds that difficulty options are being worked on as well.

Difficulty: To help beginners get into #DRIVECLUB, we're developing a braking assist option that will help with cornering & braking points.

The breaking assist option, is optional & adjustable, according the game director. The use of it will not offer any competitive advantage though. it's merely there to help players who struggle gaining points.

To clarify, the new braking assist is optional, adjustable & offers no competitive advantage. It's just there to help players who struggle.

The game director went on to confirm that more driver & club accolades are on their way as well. Those who earn them, will get rewarded with very generous Fame Rewards.

Accolades: More Driver & Club Accolades are on the way, with very generous #DRIVECLUB Fame rewards for earning them.

Apart from these new updates and options, more updates are on their way. Rustchynsky comments that he can't spoil any surprises yet though.

Updates & expansions: We have more cool updates coming to #DRIVECLUB but I can't spoil any surprises or give you more info just yet.

Evolution Studios has been offering great support, and an insane number of updates since the game launched back in October of 2014. The game had a troubled launch, but finally is the racer that fans hoped it would be.