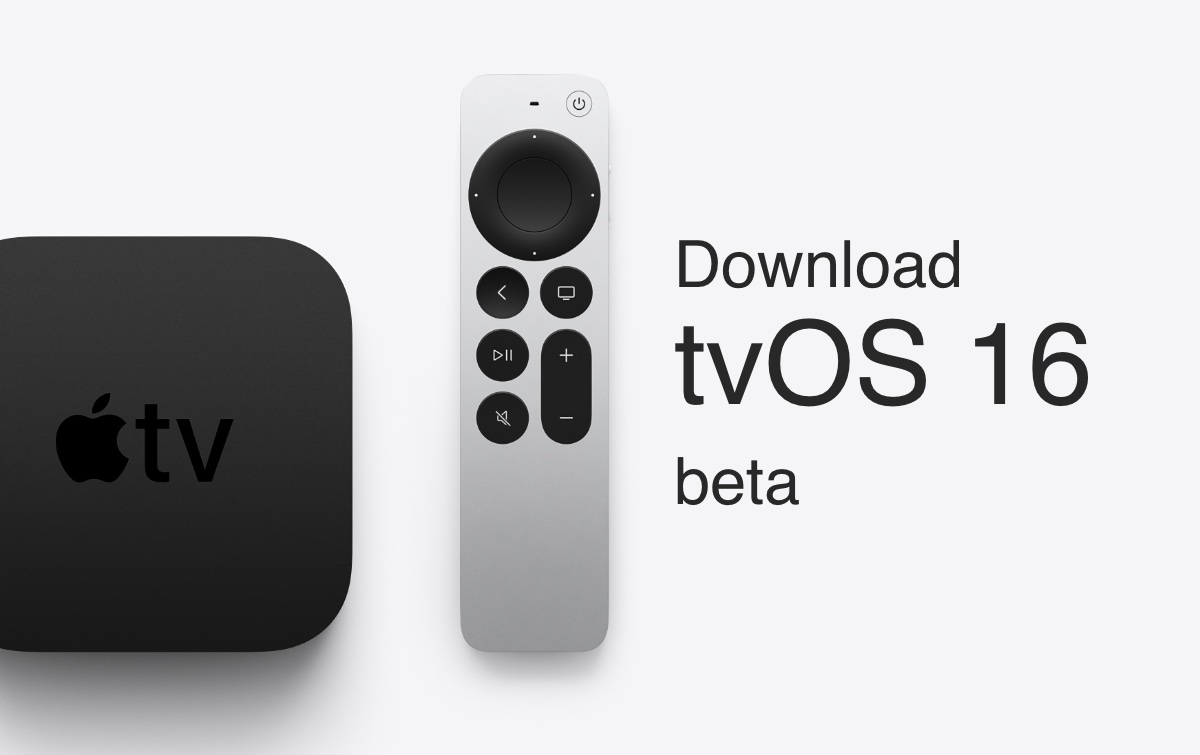 Apple has released tvOS 16 beta 1 for compatible Apple TV devices including the HD and 4K models.

Apple didn't talk about the new features of tvOS 16 at all. Not a single slide, in fact. But, it doesn't mean there's no new software in Apple's pipeline.

If you are here, it means you are ready to download and install the latest tvOS 16 beta onto your Apple TV. Before you go ahead though, make sure you sign up to Apple’s Developer Program by going to this link. It costs $99 per year and is totally worth it if you plan on testing out Apple’s new and upcoming software before anyone else.

However, you do have another option for installing the beta, that too for free. It involves signing up to the Apple Beta Software Program which essentially gives you access to the public beta version of the software. But, there’s a small catch - the Beta Software Program is currently inactive for tvOS 16 beta. And, when it does become available, and it will after a couple of developer betas, you can test everything out without spending a dime. You can sign up for the program by going to this link.

This is the route to take if you own the Apple TV HD. It involves downloading the tvOS 16 beta IPSW from Apple’s developer website and restoring that to your Apple TV. Yes, it is a complicated process and one which involves maximum performance benefits compared to the next method. Remember, this method does not apply to the Apple TV 4K since it does not include a USB-C port.

This method is plain and simple. The tvOS 16 beta update will be pushed straight to your Apple TV and you can install it using Wi-Fi. All your files and settings will remain intact and it involves very little fuss.

If you’ve already installed the tvOS 16 beta onto your Apple TV and wish to go back to tvOS 15, the publicly available version of the software, then make sure you follow this tutorial: