You can now download all official Samsung Galaxy S7 and Galaxy S7 Edge wallpapers (2K QHD) for any device you may have. 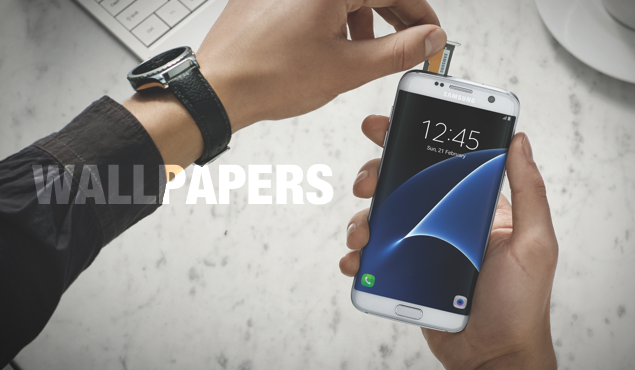 The Samsung Galaxy S7 and Galaxy S7 Edge are mighty devices when you compare them directly to last year's releases, Galaxy S6 and Galaxy S6 Edge, respectively. Rather than releasing revamped devices, Samsung decided to play it safe and go ahead with evolutionary upgrades, adding new features, improving existing ones, while also bringing back certain things that were removed last year, such as waterproofing and expandable storage option.

It's not just the hardware that sees miracle additions. The software is also getting a slight bump in specs, with clean icons, menus and clean aesthetics being the order of the day, ensuring that things look as pristine as possible when you first take the smartphone out of its box. And like any other flagship Galaxy smartphone, the Galaxy S7 and Galaxy S7 Edge come packed with a slick set of wallpapers that make that amazing Super AMOLED display pop.

But now, you can download all those amazing wallpapers for any device you might have in your possession, and get that ultimate Galaxy S7-like look given that you are not planning to part with your cash and buy the new devices from Samsung in the first place.

The wallpapers are in 2560x2560 in resolution, hence they'll fit any Quad HD (2K) display perfectly. But if you happen to be rocking a 4K panel, then you'll notice that things will start to blur out a little bit, hence we recommend that you refrain yourself from tossing in one of these wallpapers on a UHD display. Rest is your call though.

We tried the wallpapers on a wide variety of devices and we have to admit that they really make things clean and pure. But my personal recommendation is that you stick to using these wallpapers on a mobile device, such as a smartphone or a tablet.

If you're using one of the above wallpapers, then be sure to let us know about it in the comments section below.