Grand Theft Auto: San Andreas was in fact the first Grand Theft Auto game by Rockstar in which the player could fly planes, swim around the sea, customize their cars, take a ticket from airport to travel to other city and do much more. The story of the game revolves around Carl Johnson (more commonly recognized as CJ), a man who leaves his city and family to avoid gangsters and their gang banging stuff. On his return after a long period of time, he finds his mother has been killed and his friends have adapted the gangster society, he eventually teams up with his friends and starts making his name across the city by crashing cars, shooting people, killing gangsters, chasing mobs etc.

Grand Theft Auto: San Andreas would be available to iOS users for download tonight. The game would be released first on iOS App Store and users will be able to buy it for $6.99 in most of the regions. Android and Windows phone versions of the game have no estimated time of arrival yet. People residing in New Zealand can download the game from the link embedded below.

For iOS version of the game, Rockstar has also introduced MFi, extendable game controller support so iOS users who would like to play the game with physical buttons could benefit from the feature. Grand Theft Auto games are also well known for their in-game radio stations, now Grand Theft Auto: San Andreas come with an exciting new feature. Gamers would be able to create their own music stations by making random playlists in music player of their mobile devices. To import the playlist into the game, all that gamers would have to do is name the playlist “GTASA” and the game will automatically pick it up. 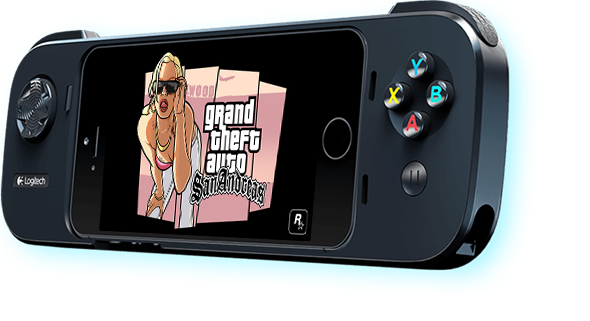 Those who reside in those regions where the game is already available on App Store should definitely give it a try. Windows and Android phone users would have to wait until the game is released for their devices.