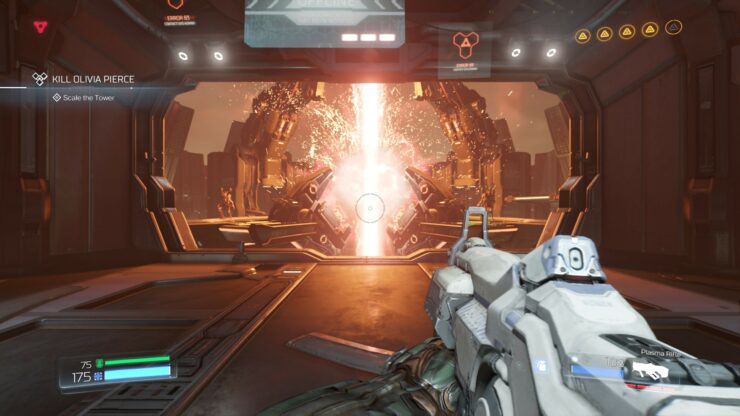 A few weeks back, Bethesda and id Software confirmed that DOOM, the new entry of the popular first person series, was going to get a big update sometime this month. A precise release date had yet to be confirmed, but today we have finally learned precisely when fans of the game will be able to enjoy some brand new features.

Full notes have also been released, and you can find them right below.

General:
* Added Classic DOOM weapon placement/view model option (all modes)
Campaign
* Added Photo Mode (You’ll find the new Photo Mode toggle in the game settings. It is available through the pause menu once you are loaded into a map via Mission Select)

Single Player:
* Fixed Steam Friends’ Ultra-Nightmare Helmets not populating the map
* Fixed freeze when opening weapon wheel at more than 142 FPS (PC)
* Fixed quit to desktop when clicking campaign after initiating Dev Mode (PC)
* Fixed “IDKFA” Trophy/Achievement not properly unlocking (all versions)
* Fixed PS4 crash when reloading checkpoint in Foundry
* Fixed some occurrences of the “Every Nook and Cranny” Trophy not unlocking after collecting all Doomguys (PS4)
* Fixed an issue where the game required Internet access (Xbox One)

PC-Only:
* Fixed Dev Mode incorrectly triggering when the user retrieves their own save data from Steam Cloud

DOOM is now available in all regions on PC, PlayStation 4 and Xbox One.