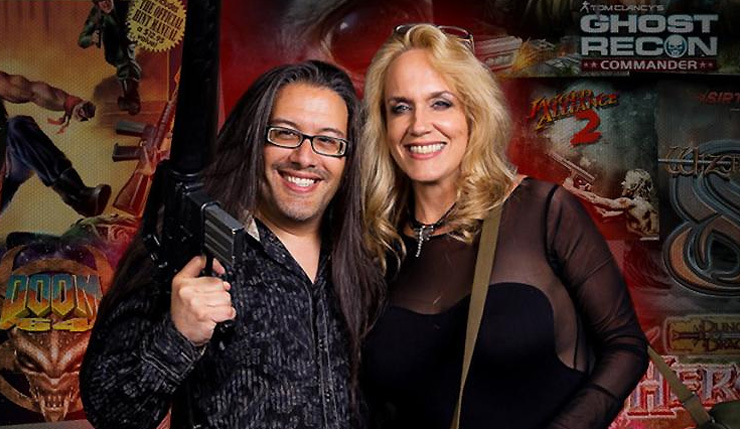 Doom designer John Romero has announced he’s working on a new strategy IP for Paradox Interactive. That may seem like a bit of a departure for Romero, but it’s not all that surprising given John’s wife Brenda Romero is also involved in the project. Brenda has more of a history with strategy games, as she was head writer for Jagged Alliance 2. Despite both being accomplished game developers, John and Brenda Romero have only worked on a limited number of projects together – this new strategy IP will be developed by their joint-owned studio Romero Games, which was founded back in 2015.

Here’s what Paradox CEO Ebba Ljungerud had to say about their new alliance with the Romeros.

“We are thrilled to work with industry legends, Brenda and John Romero, whose games we’ve grown up playing and long admired. At Paradox Interactive, we’ve built a reputation for top-tier strategy games and we’re employing that expertise to build something really special with the team at Romero Games.”

And here are Brenda Romero’s thoughts on the team-up…

“This has been a project we’ve been wanting to work on for a long time, so it’s especially exciting that we’ll be partnering with Paradox Interactive to fully realize that dream. We can’t wait to tell everyone more, so make sure you watch this space!”

The Romeros haven’t had the opportunity to make any big games recently, mostly working on retro and mobile stuff, so it will be interesting to see what Brenda and John can produce with a relatively major publisher like Paradox backing them. Personally, I’m hoping for something in the vein of Jagged Alliance with a bit of that John Romero heavy-metal charm. The Romeros are promising more info about their new game will be revealed at this year’s E3.

We're excited to announce that we are working on a strategy game with @Pdxinteractive! Look for more info at E3 this year. If you want some advance peeks at the game's theme, sign up at https://t.co/IxO4IXFFe6 pic.twitter.com/V3C3vs0ISn

What do you think? Excited to see what they cook up?