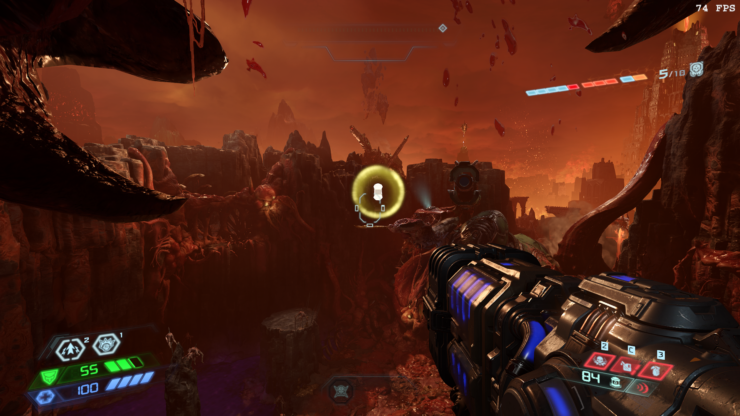 Since its release a few weeks back, the DOOM Eternal Restored Graphics Effects mod received a couple of updates that introduce new options, including one that enables ray tracing through ReShade with the Pascal Glitcher's Ray Tracing plugin.

The latest version of the mod, 1.51, features, alongside the ReShade with ray tracing option, which also features tweaked values for Pascal Glitcher's Ray Tracing plugin to enable much better shadows, the ability to increase the distance at which light sources are rendered, the ability to increase the resolution of shadows cast by the sun, and many more. Changing these options will have an impact on performance.

Restores several removed graphical effects from the game using the command console (such as Moving Helmet HUD, Player Shadow, Lens Flares, etc), along with a ReShade to improve the anti-aliasing and image color/clarity overall. Also enables the weapon wheel to pop and slow down time right when pressing the key, rather than a few seconds after.

You can learn more about the mod by heading over to Nexus Mods.

The developer of the DOOM Eternal Restored Graphics Effects mod also released the DeLighter mod last month, tweaking lighting so to make the game look closes to its predecessor and the QuakeCon 2018 demo in terms of lighting.

DOOM Eternal is now available on PC, PlayStation 4, and Xbox One worldwide. The game will launch on Nintendo Switch later this year.