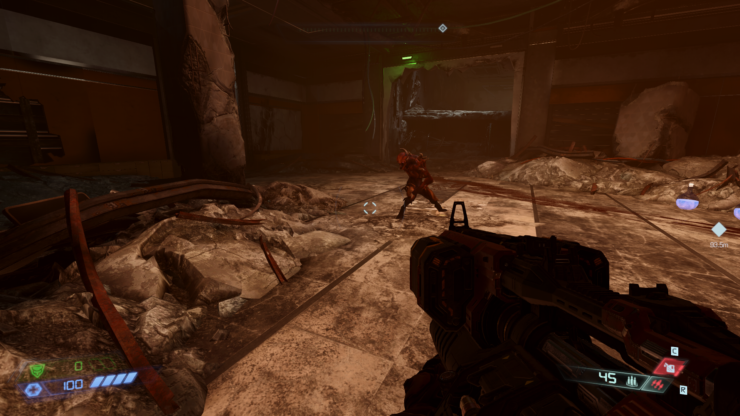 A new DOOM Eternal mod called DeLighter has been released online today, aiming to improve the game's atmosphere by tweaking the lighting system.

The DeLighter mod makes the lighting more realistic by removing and tweaking the fake spot lights on the player and enemies, making the atmosphere closer in feel to that of the previous entry in the series and the QuakeCon 2018 demo.

The DOOM Eternal DeLighter comes with two different options so to avoid making everything so dark that the game becomes harder to play.

Option 1 - Lights Minimal Tweaks the player and demon lights so that you can still make out their silhouettes when its very dark. This was done by lowering each weapons lighting down to their minimum while still being visible, and by only keeping and really turning down the "top" light on demons that have it (which is a spotlight above the demons pointing down on them).

Option 2 - No Lights Completely removes all the fake spotlights on the player and demons. Looks the most realistic, but can be a little hard to spot demons in very dark environments, which is why I made Option 1.

Comparison screenshots have also been released. The first screenshot in each set is the DOOM Eternal default lighting, the second with option 1, and the third with option 2.

DOOM Eternal is now available on PC, PlayStation 4 and Xbox One. The game will release later this year on Nintendo Switch.