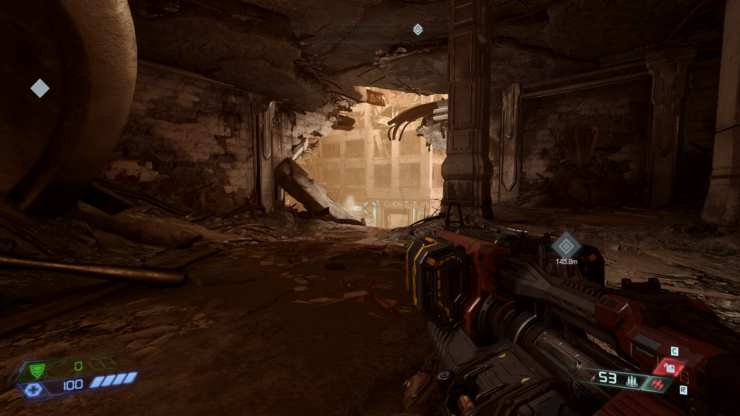 A new DOOM Eternal mod that has been released recently restores graphics effects that were removed from the game and improves anti-aliasing and image clarity.

The Restored Graphical Effects and Speed Up Weapon Wheel Transition mod restores missing effects using the command console. Among the restored effects are the Moving Helmet HUD, player shadow, lens flares and others. The mod also features a ReShade preset that improves anti-aliasing and image clarity.

What This Mod Does: Restores several removed graphical effects from the game using the command console (such as Moving Helmet HUD, Player Shadow, Lens Flares, etc), along with a ReShade to improve the anti-aliasing and image color/clarity overall. Also enables the weapon wheel to pop and slow down time right when pressing the key, rather than a few seconds after.

Videos showcasing this new DOOM Eternal mod have also been shared, and you can find them right below.

DOOM Eternal is now available on PC, PlayStation 4, and Xbox One. The game will be released on a yet to be confirmed release date on Nintendo Switch.