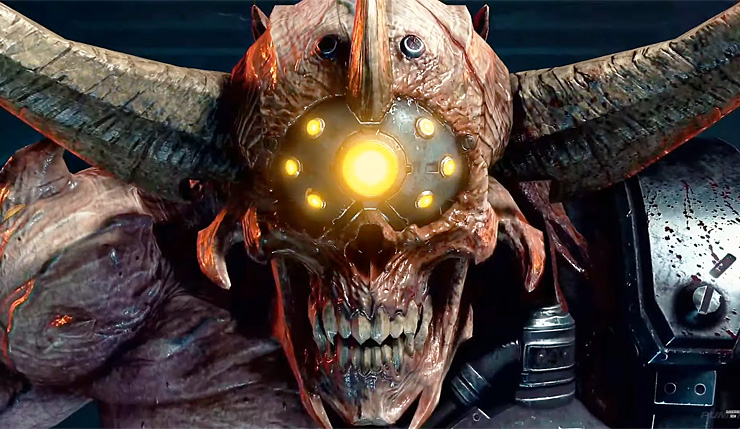 QuakeCon 2019 has just kicked off in Dallas, Texas, and as promised, the opening keynote brought us some exciting new details about the upcoming Doom Eternal. Most of the new info focused on Doom Eternal’s new 2v1 demons vs. slayer asymmetric multiplayer experience, Battlemode. You can check out some of the Battlemode demo, hosted by id Software’s Marty Stratton and Hugo Martin, below (jump to the 48-minute mark for the Battlemode stuff).

As mentioned, Battlemode pits two powerful demons, who can also summon other smaller demons to do their bidding, against a fully-loaded Slayer. Matches can take place over several rounds, with players unlocking upgrades as they progress -- the Slayer may even get his hands on the BFG 9000! Battlemode will launch with six maps and five demon types, and Bethesda is promising to deliver additional post-launch maps and demons for free. Here’s a quick rundown of the five demon types revealed during the keynote:

While the QuakeCon keynote didn’t reveal all that much new information on Doom Eternal’s single-player campaign, we did get a peek at the Doom Hunter, which may just be the series’ most metal demon yet (thanks to Punish for the capture).

Doom Eternal storms onto PC, Xbox One, PS4, and Nintendo Switch on November 22.