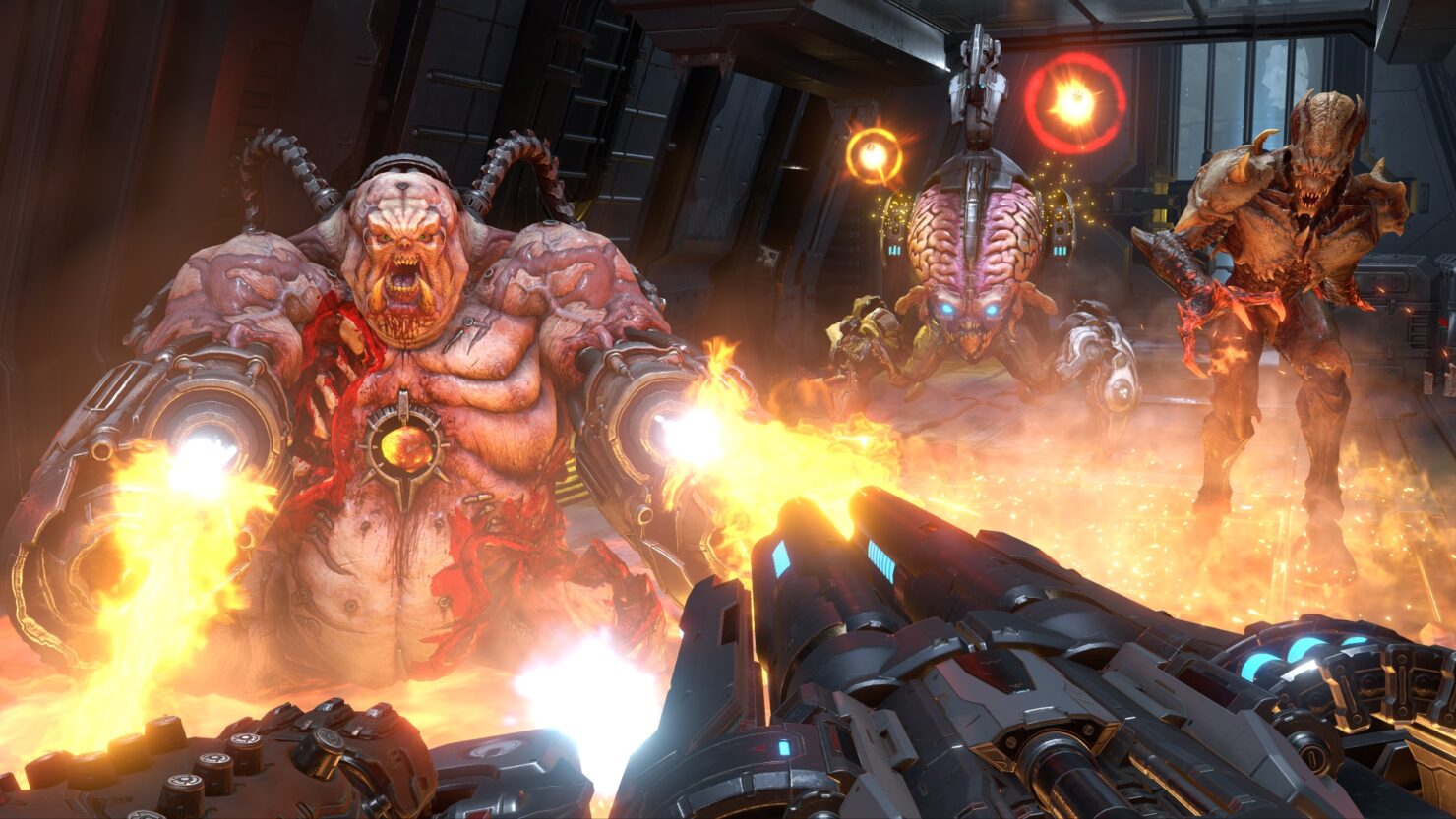 The new footage, which has been shared by Markplier, features not only DOOM Eternal's Game Director Hugo Martin but also the first gameplay look at the fearsome Marauder.

DOOM Eternal promises to be bigger and more explosive than its predecessor, with hell coming to Earth and with it, a horde of demons.

The Only Thing they Fear... Is You.
Experience the ultimate combination of speed and power in DOOM Eternal - the next leap in push-forward, first-person combat.

Slayer Threat Level At Maximum
Armed with a shoulder-mounted flamethrower, retractable wrist-mounted blade, upgraded guns and mods, and abilities, you're faster, stronger, and more versatile than ever.

Unholy Trinity
Take what you need from your enemies: Glory kill for extra health, incinerate for armor, and chainsaw demons to stock up on ammo to become the ultimate demon-slayer.

Enter Battlemode
A new 2 versus 1 multiplayer experience. A fully-armed DOOM Slayer faces off against two player-controlled demons, fighting it out in a best-of-five round match of intense first-person combat.

DOOM Eternal launches on PC, PlayStation 4 and Xbox One on March 20th. The Nintendo Switch version will be released later this year.