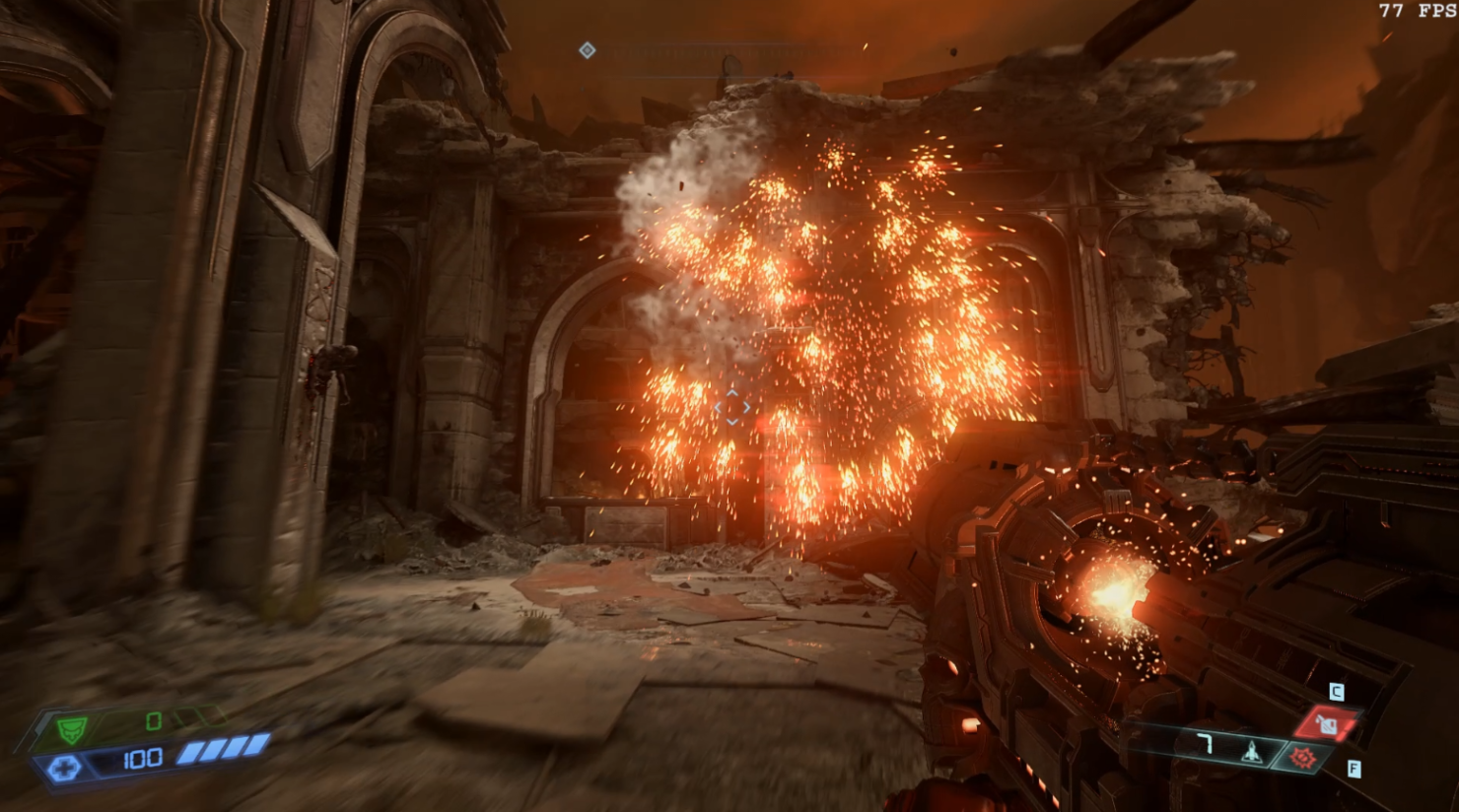 The Particle 9000 mod improves particle effects considerably, increasing both duration and number of effects. The mod impacts performance minimally, between 1 and 5 FPS depending on the scene.

What This Mod Does: Increases the duration and amount of particle effects for all player weapons and several explosion effects while also increasing the light radius of all player weapon lights to make them feel more dynamic/interactive with the environment.

For this mod, I highly recommend disabling the in-game anti-aliasing as it greatly reduces the quality of particles and translucent effects like fire, smoke, etc by adding large amounts of ghosting and blurriness.

A couple of videos showcasing the DOOM Eternal Particle 9000 mod and why anti-aliasing has to be removed for the best possible results have also been released. You can find them right below.

DOOM Eternal received plenty of new mods in the past few weeks, bringing visual improvements to the game, such as the DeLighter and the Restore Graphical Effects mods.

DOOM Eternal is now available on PC, PlayStation 4, and Xbox One worldwide. The game will release on Nintendo Switch on a yet to be confirmed release date.