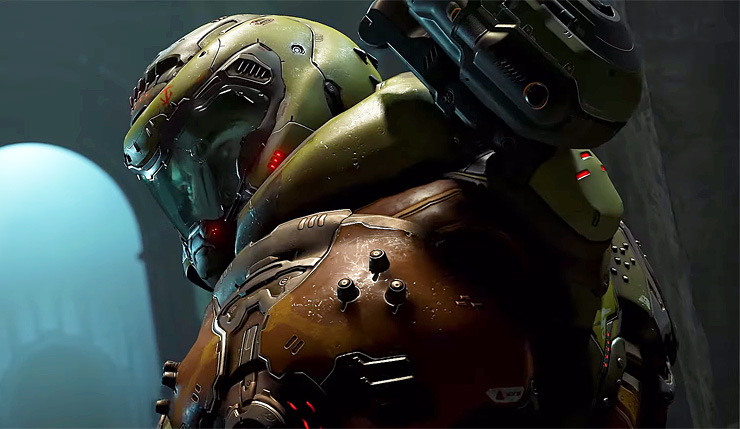 Eager to learn everything you can about Doom Eternal before the game launches in November? Well, you’re in luck, because a major leak including key information about the game’s campaign, story, DLC, and more has surfaced. Now, granted, this info comes from 4chan, so take it with a grain of salt, but the leaker claims to have also leaked the 2016 Doom reboot years back and posted some development screenshots as proof. The original 4chan thread has been deleted, but a second thread still exists, and information from both threads was collected and archived by ResetEra user CenturionNami.

Again, be forewarned, if this info is the real deal there are some MAJOR Doom Eternal SPOILERS ahead. If you want to go in fresh, it’s time to turn back.

So, the big news is the Doom Slayer from the 2016 Doom reboot will be revealed to be the classic Doom Guy from the original games. Midway through the game the Slayer will have his helmet knocked off, revealing his unmistakable grimacing face. Turns out the Doom Guy is stuck in an endless (or Eternal, if you will) time loop. The game will send players on a tour of Mars, a demon-infested Earth, and Heaven itself, where you’ll do battle with various corrupted angels and gods and, eventually, break the time trap the Doom Guy is stuck in. Here’s a full list of the single-player campaign’s levels:

In addition to the above levels, there will also be a hub where you can engage in target shooting and various other minigames. Overall, it sounds like Doom Eternal is going to be a real tribute to the franchise as a whole, with tons of unlockable skins and weapons, including Doom 3’s Plasma Rifle and a comic-book-inspired look for Doom Guy.

That said, the game is also said to incorporate modern stuff like DLC and microtransactions. The DLC will expand the single-player campaign, putting players in control of Phobos and Crash (both characters have previously appeared in the Quake series, and it’s been hinted they have a connection to the Doom Guy/Slayer). Microtransactions will apply to the single-player campaign, but they’ll basically just be boosts or powerups for those who are having trouble with the game.

Doom Eternal storms onto PC, Xbox One, PS4, and Nintendo Switch on November 22. What do you think about this latest round of rumors? Sound plausible? If they’re the real deal, are you now more or less excited for the game?