The DOOM multiplayer closed beta is still going strong, with several lucky players being able to try out the fast paced gameplay experience of the entry of the series. Some dedicated players who have been playing the PC beta have been able to access some locked settings a few hours ago, revealing several graphical options that are surely going to also be included in the final release of the game. 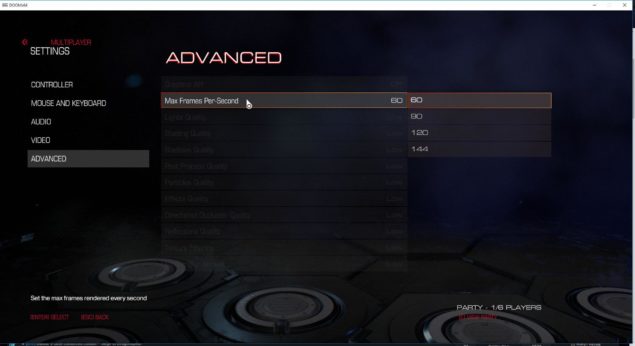 Yesterday plenty of gameplay footage taken from the DOOM multiplayer beta has surfaced online. The footage includes plenty of high speed and exciting action, so make sure to check it out if you haven't got access to the beta but still want to check out how the new entry of the series feels like.

Earlier this week, some early screenshots taken from the DOOM multiplayer beta, which has been made available for pre-load before going live, have surfaced online, detailing some of the customization options that are available in the beta.

DOOM will launch on PC, PlayStation 4 and Xbox One on May 13th. The multiplayer is still running today, and it will be available until April 3rd. We will keep you updated on the game as soon as more comes in on it, so stay tuned for all the latest news.