Doogee F3 Is The Cheapest Snapdragon 810 Device You Can Buy

Move over OnePlus 2 because if you’re going to be pricier than your predecessor OnePlus One (which featured a $349 price tag for the 64 GB model), then it looks like someone beat you in the cheapest Snapdragon 810 handset category. That particular happens to be Chinese smartphone manufacturer Doogee and its $350 smartphone, Doogee F3. For the price of OnePlus One’s most expensive model, at least when it was before its prices were slashed, you guys can become the proud owner of the cheapest Snapdragon 810 smartphone on the planet. 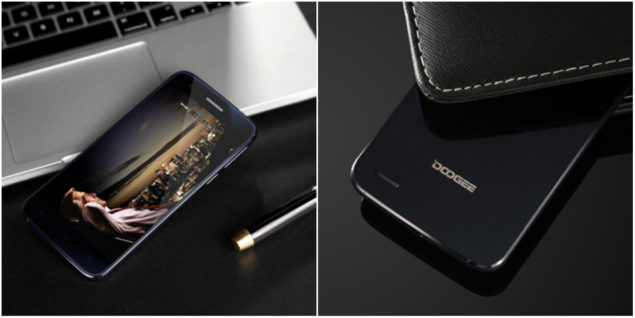 As if a Snapdragon 810 was not enough to define the processing capabilities of Doogee F3, you also have 4 GB of RAM present underneath its hood. According to Tbreak Media, the RAM type present inside the newest member of the ‘flagship killer’ is LPDDR3. In our opinion, that is completely justified, since cost cuts are probably the only reason why a $350 Snapdragon 810 device is up for grabs later in the year.

Moving on, there is also a 21 MP rear camera sensor (Sony IMX230, just in case you were wondering which firm Doogee tapped to use its camera sensor tech) present, so not only are you getting killer performance from the handset, your image and video recording requirements will also be satisfied completely.

32 GB of native storage is also assimilated to the handset and while there are no details present if that storage can be expanded, we are confident that Doogee would not want to omit out such a crucial feature from its price/performance beauty. Doogee F3 also possesses a 5 inch screen size, where a 1440p resolution is present.

Unfortunately, a 3,100 mAh battery will not suffice in providing an abounding number of battery life, particularly when you have a Snapdragon 810 and 2K resolution at play here. What is even important to note here is that there are no details present if this Snapdragon 810 is the latest version; the one which does not suffer from spiking temperatures and thermal throttling events.

We are confident that additional information regarding the chipset will be made in the coming months, since Doogee F3 is already slated for an October release. That being said, if you have not saved up to purchase your ‘flagship killer’, look no further than Doogee F3.