The OnePlus 2 Will Cost You More Than Its Predecessor

With OnePlus already being done with one event for the year, the company seems to be all the more ready to finally launch the One Plus One's successor. The original OnePlus, as we all know managed to gather itself a nice little cult following, with a low price and a limited launch. Well, things might not be so similar on the OnePlus Two this time it seems, as today the company itself has provided us with some information related to the device's successor. 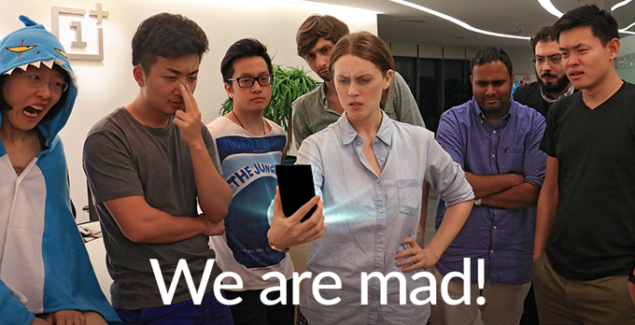 Well, OnePlus doesn't seem to be holding anything back when it comes to its upcoming flagship. Eager to keep up with all the top devices in the Android world, OnePlus will be launching the device with Qualcomm's Snapdragon 810 on board. Looks like OnePlus is also going to take a chance on Qualcomm's top tier SoC, just like Xiaomi did earlier this year as well. While we've seen very little problems surface with the Mi Note Pro, the manufacturer did announce the device with an upgraded Snapdragon 810, which is said to nearly eliminate throttling problems.

And with OnePlus rumored to be using a similar version in the OnePlus 2, fans all around should perhaps reduce their concerns if they have any, about Qualcomm's SoC. But with all that power, OnePlus will also be raising the price on the OnePlus 2, with the device now expected to be priced higher than the original OnePlus, which came with a price tag of $299. The device is expected to come with a price tag of more than $322 its revealed today. So with things moving up at OnePlus, seems like the price will also be moving at a similar pace. But hey, that still doesn't make the next OnePlus nearly as expensive as some of the other flagships out there, so users shouldn't be all that disappointed. After all, the Snapdragon 810 is an expensive piece of silicon so you should expect the price differential to be passed along to the end user as well. Stay tuned, we'll keep you updated and let us know what you think in the comments section.