The next few days will be some very good days for fans of The Division, as they will be able to play the game before release through the open beta. All those who own an Xbox One console and are curious to see how the shooter from Ubisoft plays, will be happy to know that the beta is now live on their format. 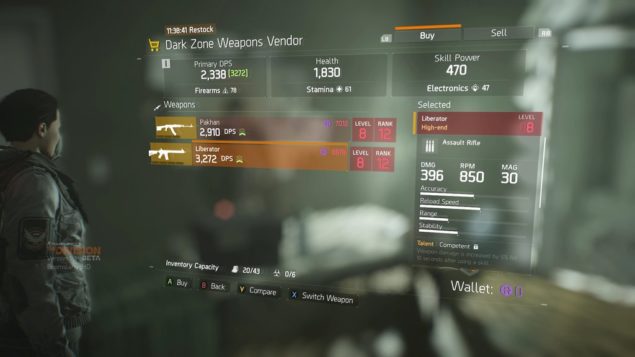 Even though the beta has been available live for a short time, new details on The Division have already managed to surface online. According to reports, The Division open beta comes with a new mission featuring a brand new gameplay mechanic, which has yet to be detailed in full, and new High End weapons that can be purchased in the Dark Zone Safehouse, the Pakhan - LMG (AK style) and the Liberator - Assault Rifle (P446 style). The cost of these weapons seems to be a bit higher than anticipated, so more effort will be required to obtain them. You can check out a couple of screens from the open beta right below.

Yesterday new details have emerged on The Division DLC packs. Ubisoft confirmed that all of The Division additional content will be exclusive to Xbox One for 30 days. A new trailer showcasing this week's open beta has also been released, revealing some new interesting details on it.

Yesterday another The Division gameplay video has surfaced online, This high quality gameplay video is set in the Dark Zone, an area where players will be able to obtain the best loot of the game as well as engage other players in PvP matches.

The Division launches on March 7th on PlayStation 4, Xbox One and PC. More details from the game's open beta will surely come in soon, so stay tuned for all the latest news.