In just a few hours, Xbox One players who haven't pre-ordered the upcoming shooter The Division will be able to try out the game before release thanks to the game's open beta, which will also be available on PlayStation 4 and PC in two days. If you really cannot wait to play the game, you will definitely enjoy a new video that has been made available a few hours ago. 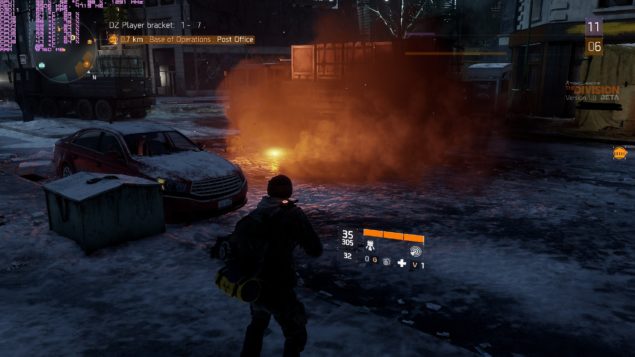 The new The Division gameplay video is a very nice looking 1440p video showcasing Dark Zone gameplay. The Dark Zone is a walled-off zone in the middle of Manhattan, where players will be able to engage others in PvP fights. The Dark Zone will also include the most powerful and rarest loot of the game, so there's a reason to go in there even for those who aren't interested in fighting against others. You can check out the new video right below.

As mentioned above, The Division open beta will be playable starting tomorrow on Xbox One, with the PlayStation 4 and PC betas going live on February 18th. Yesterday, The Division open beta update has been made available for pre-order on both UPlay and Steam. The full open beta is around 27 GB big, so it's time to start downloading if you haven't already.

This week's The Division open beta will come with content not found in the previous closed beta. According to reports, the open beta will feature a new story mission, a new wing of the base to unlock and plenty of other tweaks and fixes, so those who have already participated in the closed beta will find something new to do.

The Division launches on March 7th on PC, PlayStation 4 and Xbox One. We'll let you know more about the game as soon as possible so stay tuned for all the latest news.